Bajaj always got success in delivering the wave of excitement and thrill among riders with the launch of some of the Bajaj best bikes.

Did you know that the Pulsar, considered Bajaj best bike, was launched way back in 2001? It was the company’s first bike, and it will complete its 20 years of existence in November 2021.

Before the launch of Pulsar, Bajaj Auto was one of the leading manufacturers of scooters and auto-rickshaws. After launching its first bike, the Pune-based automobile company launched one great bike after another.

So far, it has launched over four dozen of bikes, of which about 2/3rd got discontinued. The automaker presently entails 17 motorbike models in the bike section of Bajaj’s website, and it will launch some more soon, including the Dominar 400.

Reading the article, you will get across some of the Bajaj Best bikes and know what makes them unique in the crowd. 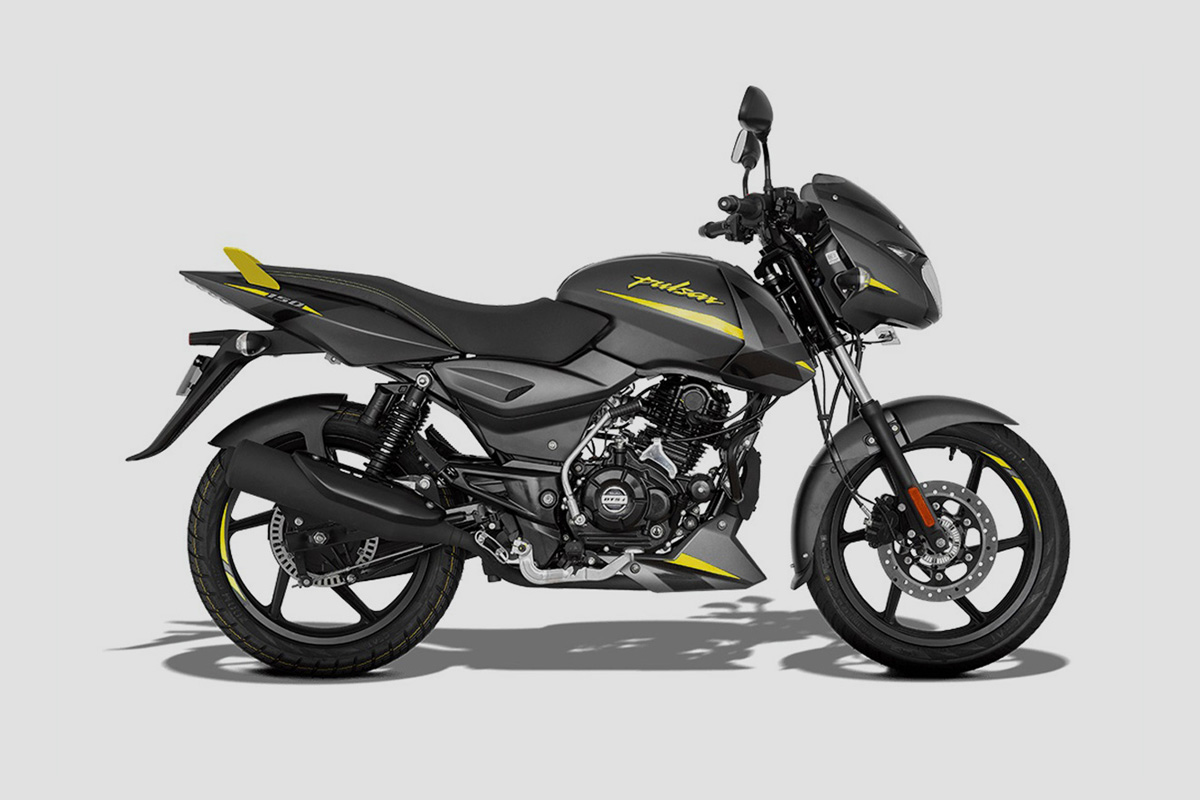 Bajaj Pulsar 150 is not just the best-selling bike of Bajaj Auto. It is the highest-selling 150cc commuter motorcycle in the country! Undoubtedly, this is the Bajaj best bike in India. 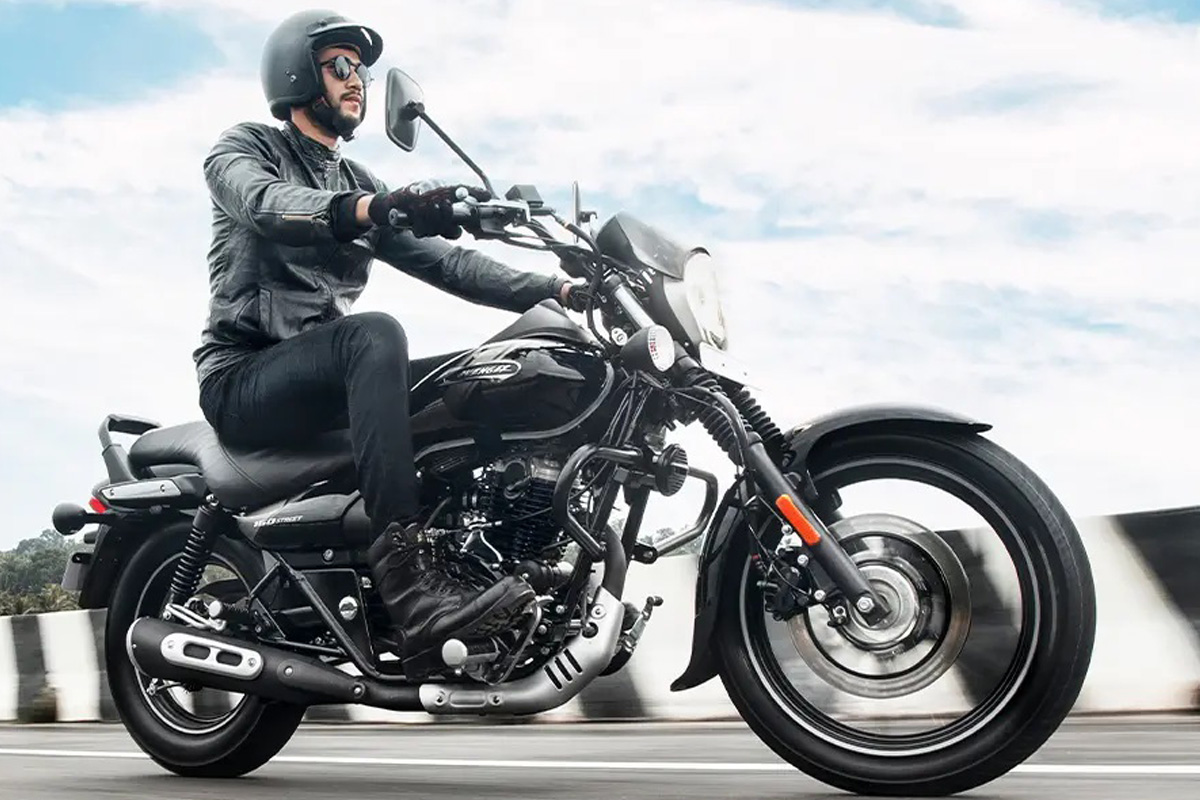 Avenger Street 160 is a cruising bike among Bajaj top bikes and one of the top 10 highest-selling motorcycles in the 150cc category. It comes in two colours—Ebony Black and Spicy Red—and a price tag of Rs. 106,989. 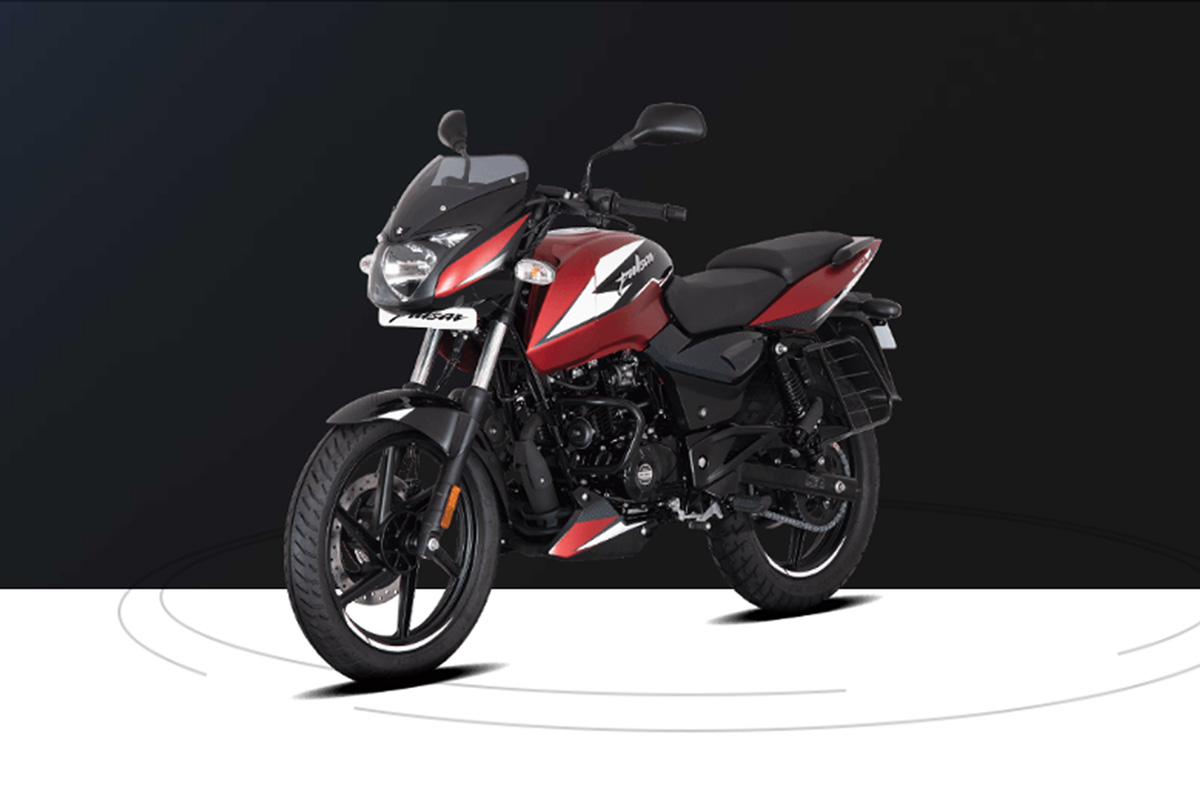 It has a fuel efficiency of 45 Kmpl and can travel at a top speed of 122 Kmph. 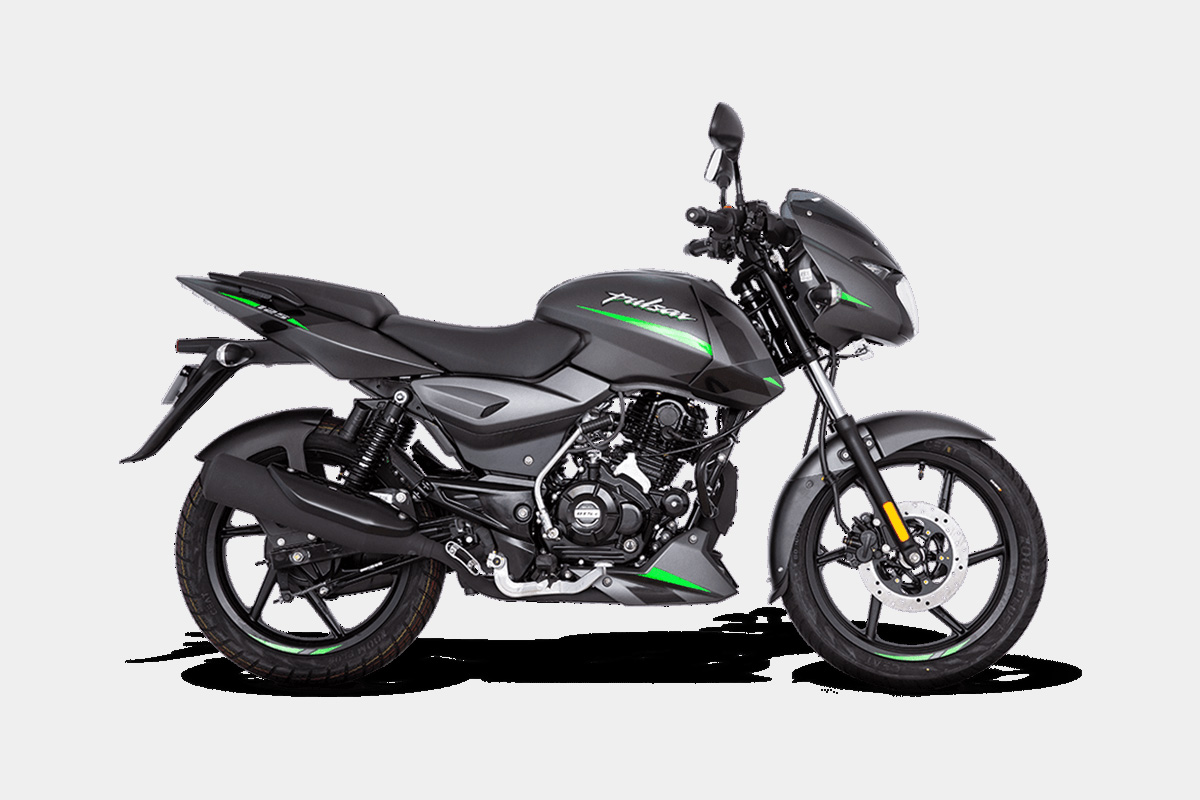 Bajaj Pulsar 125 is the younger sibling of Bajaj Pulsar 150, which has the same looks, appeal, and ride quality as the latter. It only comes with a low-powered powertrain and a relatively lower price tag of Rs. 77,843. 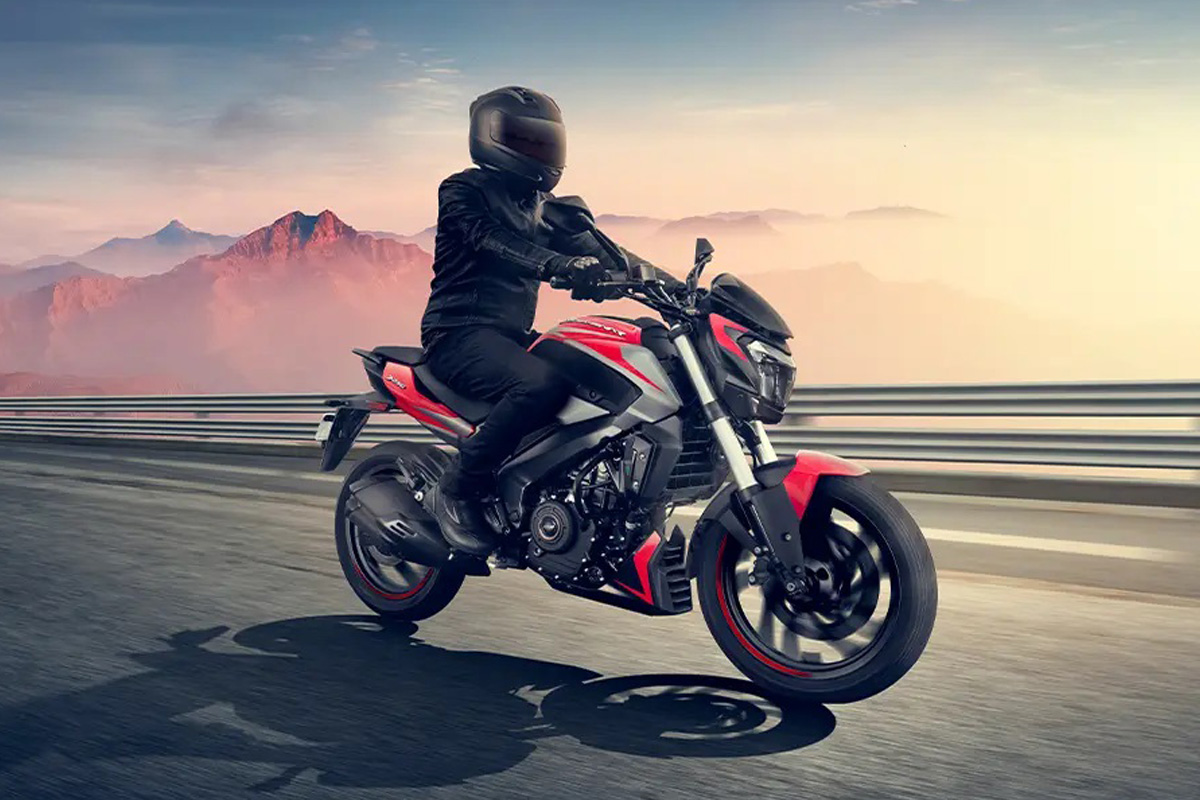 Dominar 250 is a sporty street bike that gets designed like an adventurer bike and so its one of the best Bajaj Bike in India. It targets street bike lovers and competes against the significant bikes in the 250cc segment. It comes in two colours—Charcoal Black and Canyon Red—and starts from Rs. 154,176. 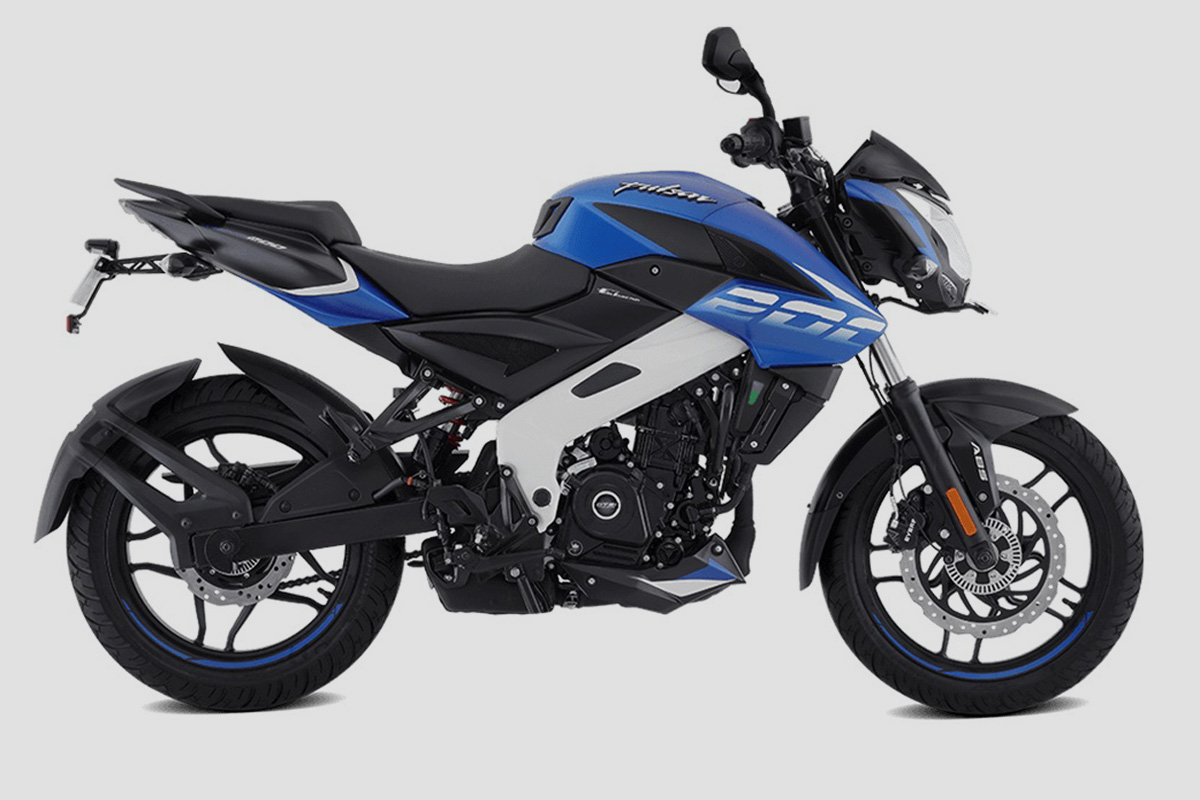 Pulsar NS200 is the company’s first modern naked sports bike. It is the first Bajaj motorcycle to get a powerful liquid-cooled engine, a rear mono-shock, and a perimeter frame.

It comes with almost all the notable features found in a sports motorbike. It is available at an attractive price of Rs. 139,520.

Propelling the bike is a 199.5 cc single-cylinder liquid-cooled BS6 engine mated to a six-speed transmission.

Suspension duties get handled by telescopic forks at the front and a preload-adjustable rear mono-shock at the rear. Braking duties are managed by a 300mm front disc and a 230mm rear disc brake assisted by single-channel ABS. 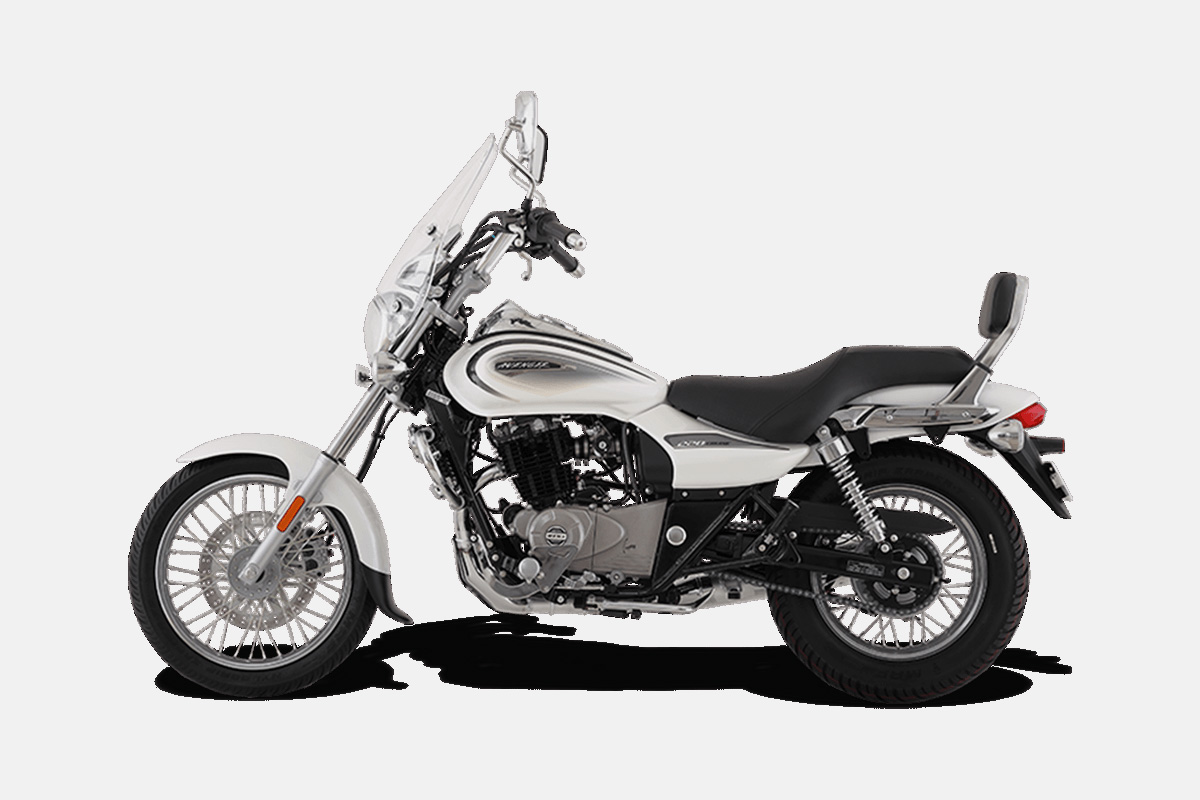 Like its Avenger Street 160, Avenger Cruise 220 is a cruising bike and has the character and spirit of the motorcycle in that segment.

However, unlike its younger sibling, it has a more powerful engine, a new windshield, a slightly longer wheelbase, and is longer, wider, and taller. It gets a price tag of Rs. 130,726.

It is available in two colours— Auburn Black and Moon White. 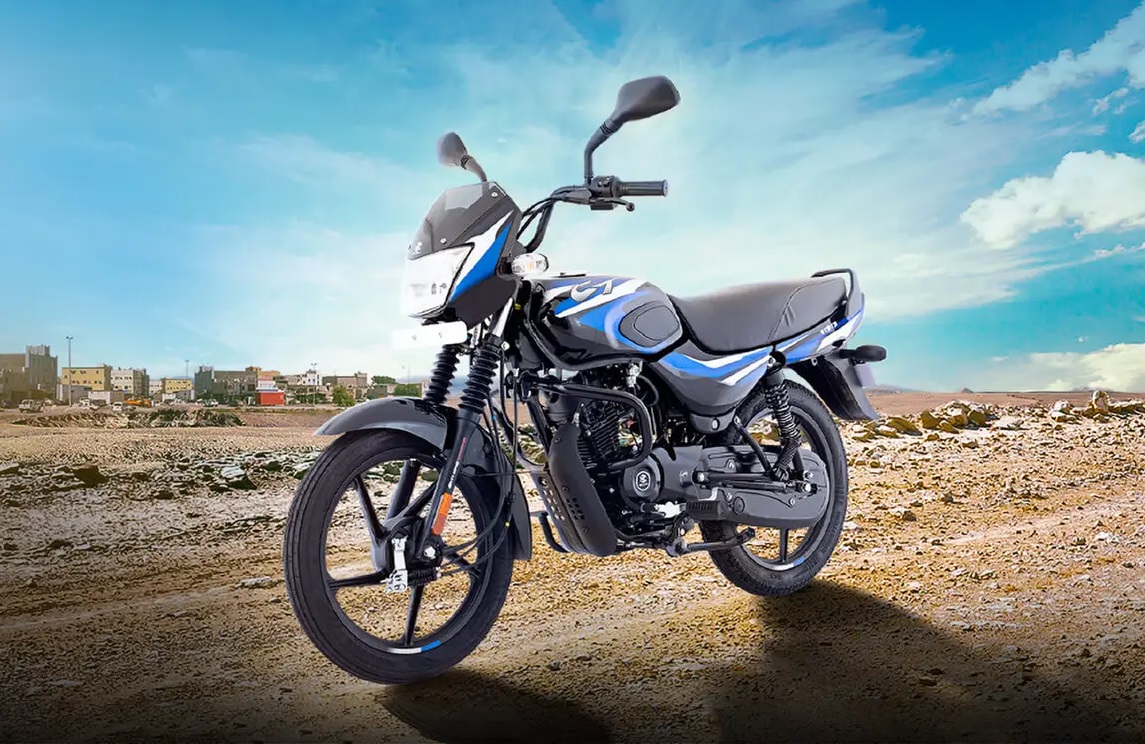 Bajaj CT 100 is an entry-level commuter motorbike built for riders who look for a two-wheeler that is highly fuel-efficient, easy to ride, and requires low maintenance.

It is one of Bajaj Auto’s best-selling bikes and is hugely popular among young professionals and business people in semi-urban and rural areas.

It is available in three colour options—Flame Red, Olive Green, and Ebony Black. 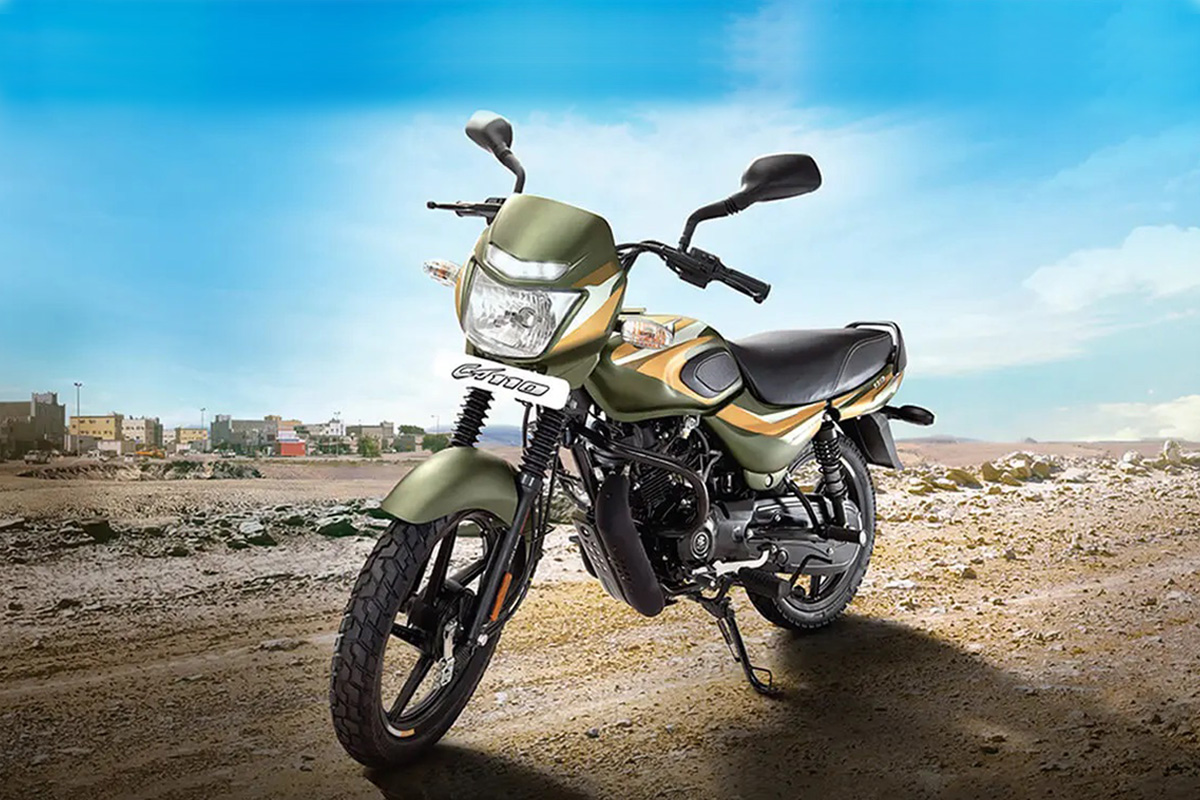 The CT 110 is a more powerful sibling of CT100. It gets equipped with a BS6-compliant 115.45cc, four-stroke, single-cylinder engine mated to a five-speed gearbox.

It comes in two variants—CT110 ES Alloy BS6 and CT110X —the former is priced at Rs. 58,061, while the latter at Rs. 61,869. It is available in six colour options—Green, Blue, Black And Red, Black With Blue, Matte Olive Green With Yellow and Red With Bright Red. 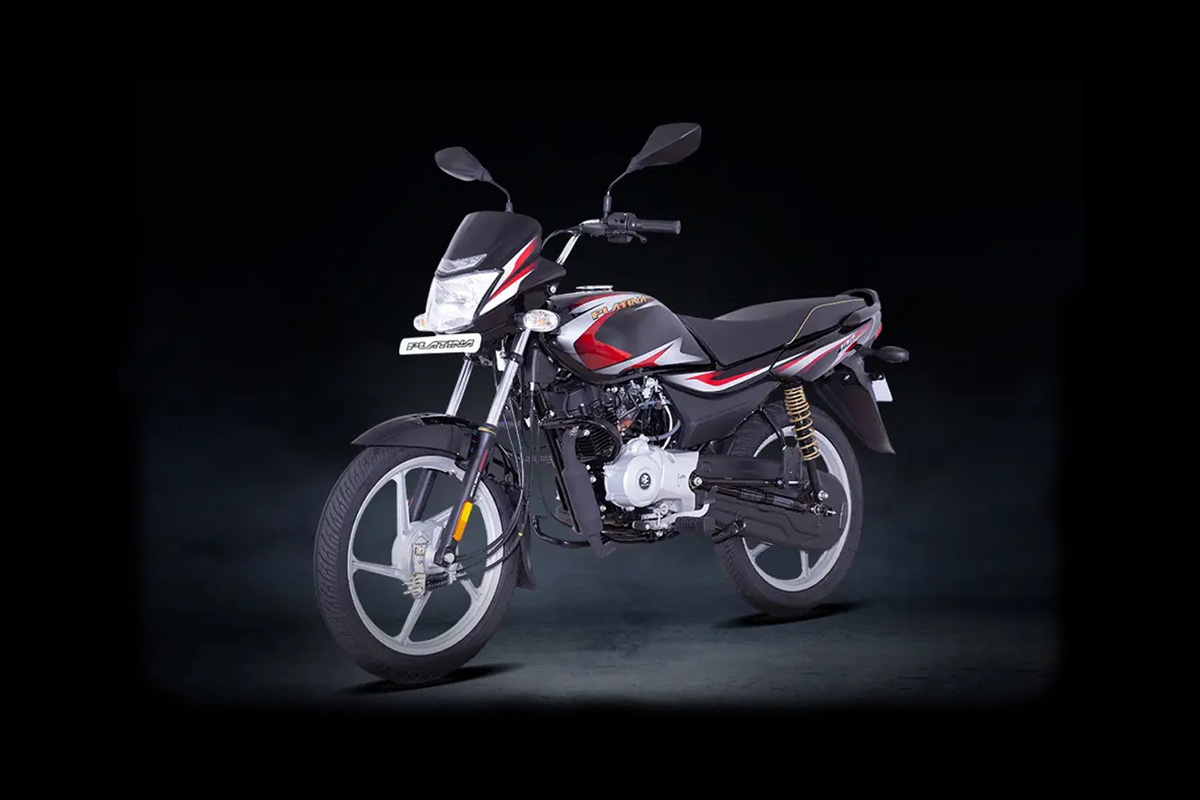 Bajaj Platina 100 is also a part of Bajaj’s entry-level commuter line-up that is highly fuel-efficient, affordable, and easy to ride and maintain.

It is one of the highest-selling bikes in the 100 cc segment and is hugely popular among commuters looking for a practical and no-frill motorbike for daily commute. 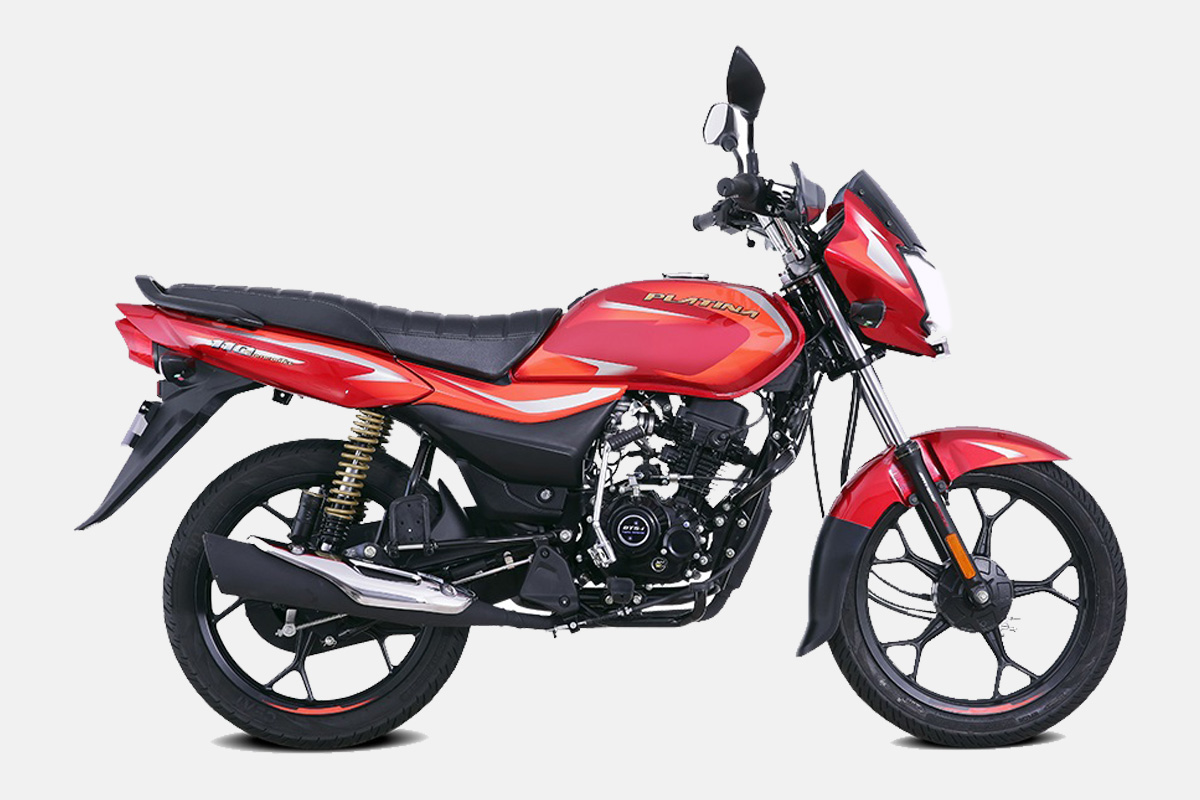 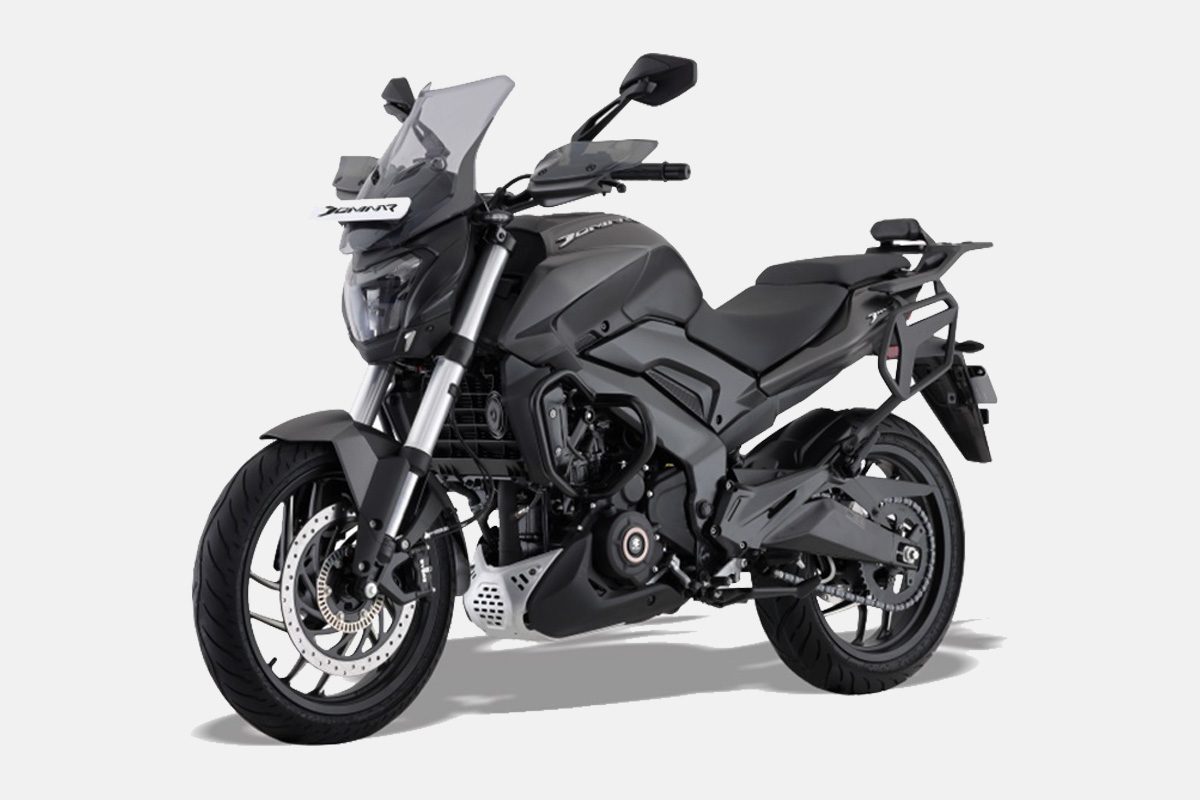 Some years back, Royal Enfield was the uncrowned king in the Indian touring motorcycle segment.

So, Dominar 400 will make it a Bajaj top model bike.

The earlier version has been considered one of the best motorcycles in the space. The announcement on the updated version brings excellent news for touring bike lovers and those looking to own one.

Why is it among Bajaj best bikes?

Bajaj has a proven track record of rolling out great bikes and updating them with modern features and specifications.

With 20 years of presence in the Indian bike market, Bajaj launched many best-selling models. So, it became one of the top three largest two-wheeler manufacturers in the country.

Some bikes like CT100 and Platina are Bajaj best bikes due to their functionality, low running costs, and affordability. While the ones like Pulsar 150, Avenger 160, and Dominar 250 get noted for their performance, looks, and premium feel.

Which Bajaj bike has the best power and speed?

Which of the Bajaj motorcycles comes with the lowest price?

Which of the Bajaj bikes comes with the highest fuel tank capacity?

Which of the bikes has the highest ground clearance?