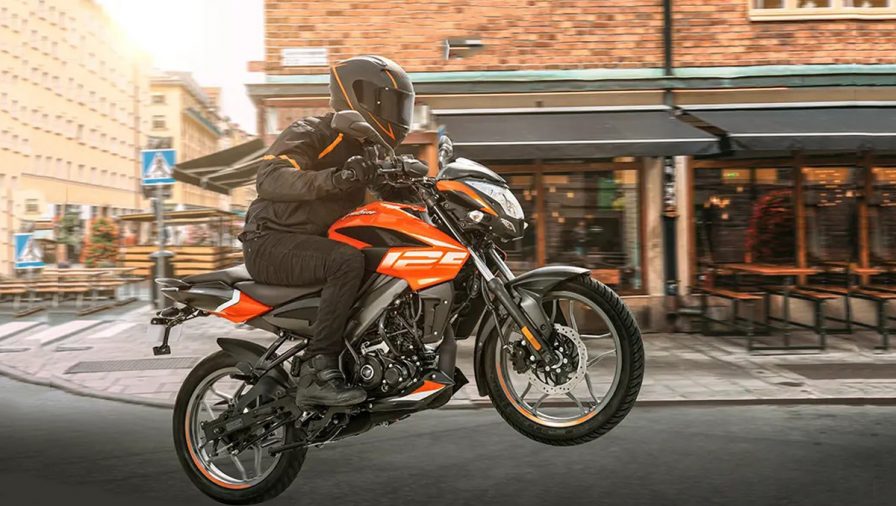 The all-new addition to Bajaj’s NS series, Pulsar NS 125, suffices your needs without squeezing your wallet.

It’s the first choice of many budding riders that get affordable without compromising on performance.

Pulsar 125, the latest entrant to Bajaj’s iconic family, makes NS number counts three and Pulsar to ten. The new entry-level iteration in the NS range of naked streetfighter got launched a few months ago.

When it comes to cosmetic appearance, the bike looks identical to NS160. So, it gets the same signature elements including, the signature wolf-inspired headlamp cluster with twin pilot lamps and a muscular fuel tank. The powerplant gets a five-speed gearbox.

As the bike gets 144kg kerb weight, it’s easier for entry-level riders to ride a motorcycle, regardless of surface. Its powerful engine gets the best in its segment.

Borrowing the resemblance from its larger siblings, NS 125 comes with the same smooth-flowing naked bike lines. Even it shares some of the body panels with the larger models.

Because of the same styling as elder sibling (Pulsar NS160), Bajaj Pulsar NS125 tends to be one of the sportiest-looking 125cc motorcycles in the Indian market.

Though the new addition of NS is the smallest displacement bike in the series, the value-for-money makes it premium in the 125cc segment.

Pros and Cons Of Pulsar NS125 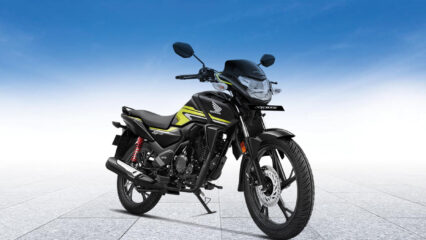 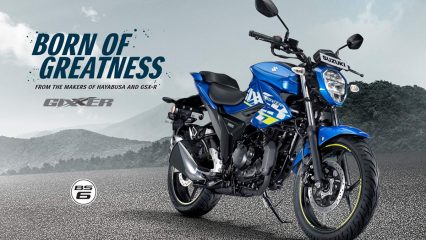 After launching NS200 and NS160, Bajaj launched this third member to its NS family.

Bajaj has always balanced the performance in all its additions. The same is with the entry segment NS125 motorcycle.

The Pulsar NS 125 gets to be the repeat of the highly popular Pulsar 125. So, it’s a good option for the riders looking to buy a value for money 125cc bike with amicable performance and sporty styling.

Targeting the budding riders and the young enthusiast, Pulsar NS125 gets performance rich with class-leading features.

As mentioned above, NS125 borrows the design and the style from its elder siblings, so no changes to the looks. The bike looks identical to NS200 and NS160, and that’s why Pulsar NS125 maintains the sporty charisma of the NS series.

The all-new Pulsar NS gets lighter yet powerful. Because of the DTSi engine, the motorcycle offers smoother power delivery and a good throttle response. The super powder delivery is because the bike meets BS6 norms.

The bike churns the power of 11.6 Ps and 11Nm of torque. The transmission includes a five-speed gearbox. Suspension duties get performed by conventional telescopic forks at the front and a rear mono-shock. Regardless of speed, the Nitrox mono-shock absorbers provide considerable stability to the rider.

Pulsar NS125 gets equipped with a comfortable seat height of 805 mm and weighs the scales at 144 Kg.

Like the earlier NS models, NS125 gets a semi-analogue digital instrument cluster.

Looking like a twin to its elder siblings, Pulsar 125 looks like NS 200 and NS160, except for a smaller engine, some different graphics, skinner tyres and a more slim swingarm.

Perhaps, the biggest compliment for the design could be the fact that it goes with time. Within the price range and the segment, no other bike look as sporty as the Pulsar 125.

The single headlight and twin-pilot lamps still look contemporary. Pulsar 125, though smallest in the range, the split grab rail and sharp-looking belly pan add to its sporty appeal.

The skinny tyres and slim telescopic fork proportions do not go right with the body of the bike, but it’s not the deal-breaker. The updated graphics on the bike has done their job to make it go with time.

The wheels design with a neat tail section is the biggest highlight of the NS’ look to make NS125 stand out in the crowd. A decent fit and finish and the tight panel gaps across the NS125 make it more appealing.

Getting positioned as an entry-level 125cc bike in the NS segment, its design grabs the attention of young enthusiasts.

Combining above all points, the Pulsar NS125 gets a mind-blowing streetfighter look without getting overly muscular or flamboyant.

Fiery Orange is the new addition shade to the NS series. You will not get orange colour in NS125’s elder siblings- NS200 and NS160.

All the available shades get matching rim strips on the alloy wheels.

There’s only one variant for Pulsar NS125:

Engine and Transmission Of Pulsar 125

According to Bajaj, Pulsar NS125 gets the most powerful bike in its segment, barring the KTM 125 Duke (which is almost 75% costly than NS125).

Pulsar NS125 gets powered by a 124cc, four-valve air-cooled engine housed in the bike’s perimeter frame.

NS125 gets a similar engine casing as that of NS160. The single-cylinder air-cooled engine doesn/t feature fuel injection. The engine employes the electronic carburettor that keeps cost in check.

The motor of the NS 125 gets mated to a 5-speed transmission. As per Bajaj claim, a power-to-weight ratio gets 83.3PS per ton that’s one of the best in the segment.

The brakings hardware include a single 240mm petal disc at the front and a 130mm drum setup at the rear.

The suspension duties get performed by a telescopic fork and a preload-adjustable rear Nitrox shock absorber.

Pulsar 125 rolls on 17-inch alloy wheels looking identical to the ones on the Pulsar NS160. But the wheels get skinnier MRF tyres that get 8-section at the front and 100-section at the rear.

The ground clearance of NS125 is 179mm, so it’s perfect for a ride on Indian roads. In addition, with the 12-litre fuel tank capacity, you need not get the bike re-fuelled at short intervals.

The 805 mm seat height and 1,353mm long wheelbase give comfort while riding the bike.

To favour the sportiness, the Pulsar NS125 get featured with a sleek wolf-inspired headlamp and twin pilot lights, identical to the NS160 and NS200. The taillamp gets LED, whereas the indicators are bulbs.

Some of the essential features of Pulsar NS125 include:

In 125cc class, the new Pulsar NS125 stand against motorcycle in the market. With its features, performance, specification, and even built, Pulsar NS125 gets preferred by many riders.

Bajaj Pulsar NS125 gives a tough competition to bikes like:

Let’s see in-depth how NS125 differs from the other bikes of the same segment:

Design: Pulsar NS125 look identical to NS200 and NS160. So, it continues to look sporty. The grey coloured alloy wheels makes it unique.

Honda CB Shine gets simple looks. The 3D emblem gives it a premium feel. The chrome bits on the side panel and neat graphics give it a sporty appeal.

Engine: Pulsar NS125 gets a 125cc air-cooled DTS-i engine. The bike generates a power of 12bhp and 11Nm of torque and gets 5-speed gear transmission. NS125 gets equipped with a 12-litre fuel tank.

However, Honda CB Shine gets powered by a 125 cc Honda engine with Optimax technology. CB Shine generates power of 10.3PS and 10.5 Nm of torque. It gets a fuel tank of 10.5-litre capacity.Colours and Variants: NS125 comes in four colours and one variant. However, CB shine comes in Four colours and two variants.

Design: As Pulsar NS125 look identical to NS200 and NS160, it continues to look sporty. The grey coloured alloy wheels makes it unique. The headlamps, muscular fuel tank add to its appeal.

Honda SP125 gets a sporty look. The sharp-looking headlamp, muscular tank with extension, and vibrant body graphics with paint scheme add to its sportiness.

Design: Pulsar NS125 borrows its look from NS200 and NS160, so it continues to look sporty. The grey coloured alloy wheels makes it unique. The headlamps, muscular fuel tank add to its appeal. The sporty charisma makes it appealing for the budding riders.

Hero Glamour 125 gets familiar with a stylish design. The styling enhancement gets a big headlight cowl with a front cover for the instrument console. The multi-coloured graphics make it sporty and more appealing. The front cowl includes a plastic panel with a 3D ‘Hero’ logo.

Engine: Pulsar NS125 gets a 124.4cc air-cooled DTS-i engine. The bike generates a power of 12bhp and 11Nm of torque. Its motor gets mated with 5-speed gear transmission. NS125 gets a 12-litre fuel tank.

Though both the bikes belong to the same 125cc segment of Bajaj, there exist considerable differences between the two. Pulsar NS125 tends to be a more premium offering from Bajaj when compared to regular Pulsar 125.

Design: There’s much difference between the design of both motorcycles. Pulsar NS125 follows the same design as the NS family. It gets a wolf-eye-inspired exterior design complemented by sharp-looking body panels.

On the other hand, Pulsar 125 follows the traditional; Pulsar styling. It features a basic design with a large headlamp with a minimal bikini fairing and blacked-out components.

The all-new inclusion of Pulsar NS125 in the NS lineup gets appealing to the budding riders looking for a sporty bike in the segment.

As NS125 combines the aspirational features of NS200 and NS160, it grabs the attention of even first-time sport biking enthusiasts.

Because of the Nitrox mono-shock absorbers, you get significant stability regardless of speed. Though the bike lags a bit in braking hardware and some features, it gets preferred by many riders.

The smooth and energetic engine provides good handling both in cities and highways. You also get great mileage at an affordable price. Unlike traditional commuters, Bajaj Pulsar NS125 gets sharp styling and greater sporty appeal.

So, considering all the plus and minus of Pulsar NS125, it can get concluded that NS125 gives a unique and distinctive experience in the 125cc segment.

No, the engine of both bikes differ considerably. Though both motorcycles belong to 125cc, NS125 gets an air-cooled unit, and KTM 125 Duke gets a liquid-cooled unit.

With Pulsar NS125, you have punchy performance, that too in the 125cc segment. The motorcycle gets compliant with a 124.4cc single-cylinder, air-cooled DTS-i engine. Better hardware with essential features make it worth buy.

Pulsar NS125 gets both kick and self start.

The tyre type of Bajaj Pulsar is Tubeless. 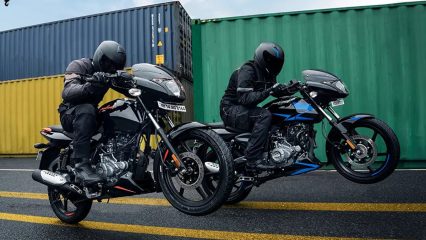 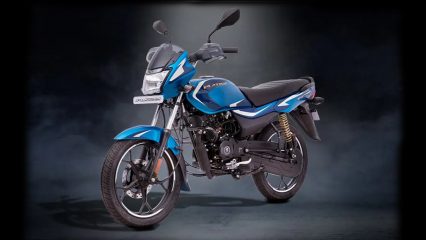 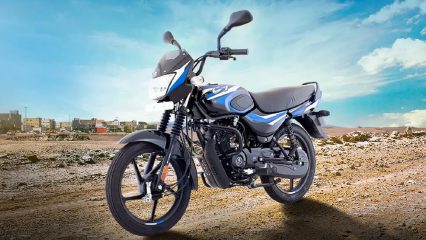 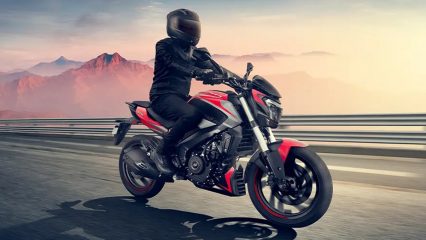 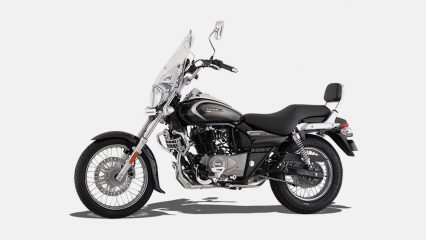 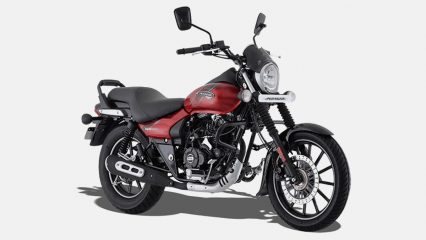 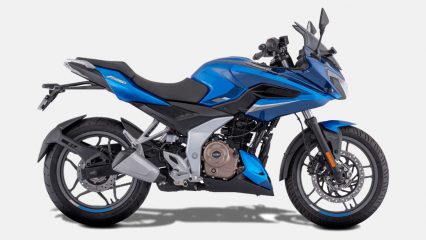 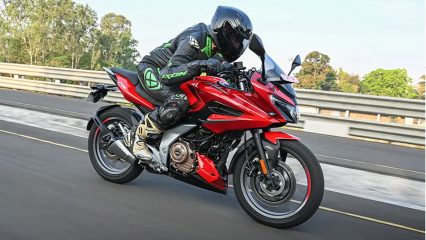 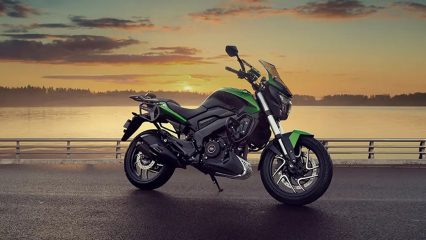 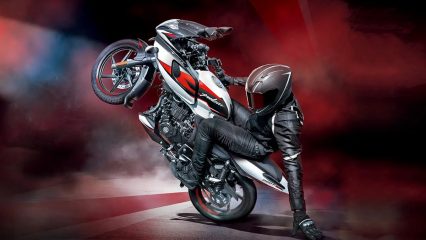 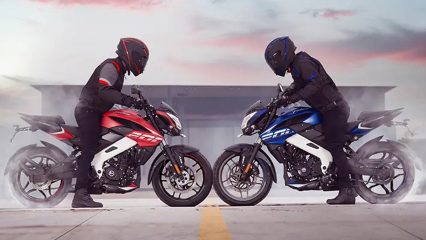 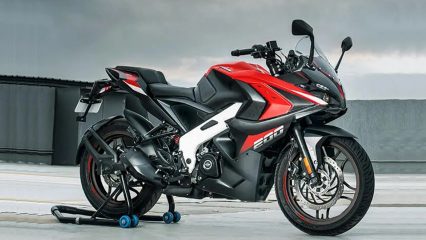