Honda Motors China has brought a new retro-modern concept which is the Honda CB 190SS. Watch the video below to know more about its performance, features as well as pricing.

Honda CB190SS is currently been offered only to the Chinese Market. It is not the first time for Honda to unveil a retro naked motorcycle. Initially, they came with the same concept by launching a Neo Sports Cafe Honda CBR300R. And now, once again they have introduced the same concept. Wuyang-Honda Motors, one of the affiliate companies in China, has unveiled the CB190SS at the 2019 model range launch event in the country. While looking at this, we clearly can assume that the CB190R which is a pretty modern version gets a retro-modern look that is named as the 190SS about to launch in China. 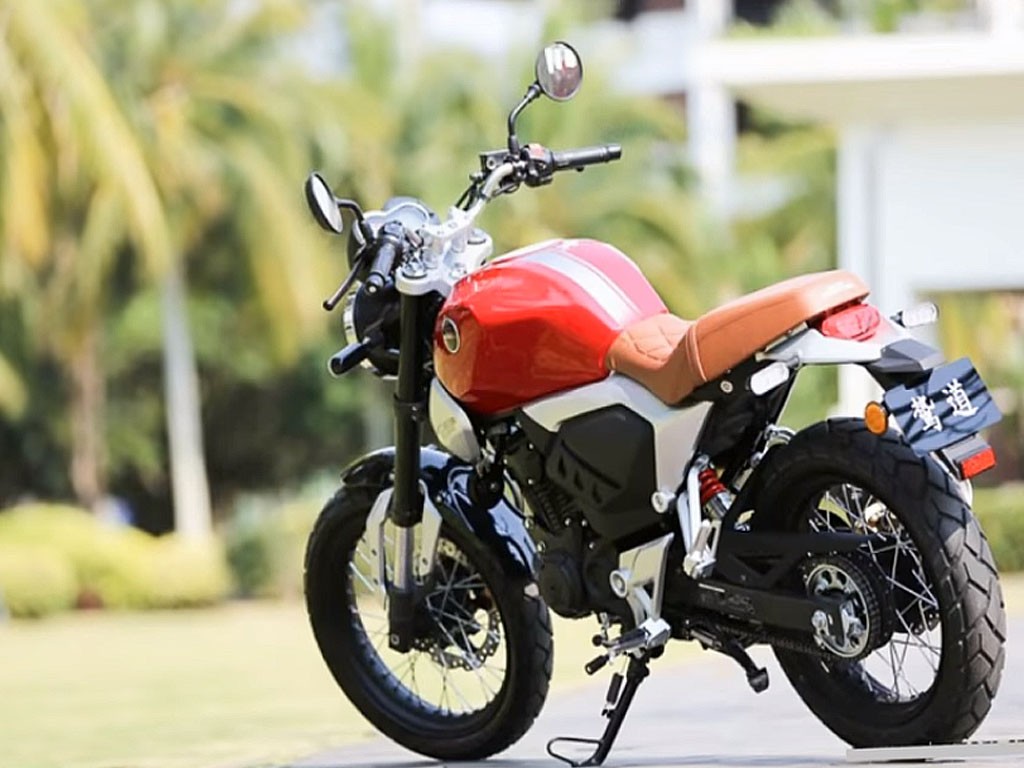 We are all very much aware of the amazing product & performance this brand has been offered to us lately. And so, the same expectation we can put in with this new launch. This motorcycle is specially made for China and is unlikely to make for other markets, even India for that matter. However, by looking at this concept Honda CB190SS and the initial one, we can say that the future naked motorcycle from Honda may have the retro feature inbuilt. Which is not bad? Isn’t it? What we do know is that Honda China has the sporty version already existing in the market, which is the CB190R, and now the leaked images clearly indicate that the CB190SS is based on the same model. 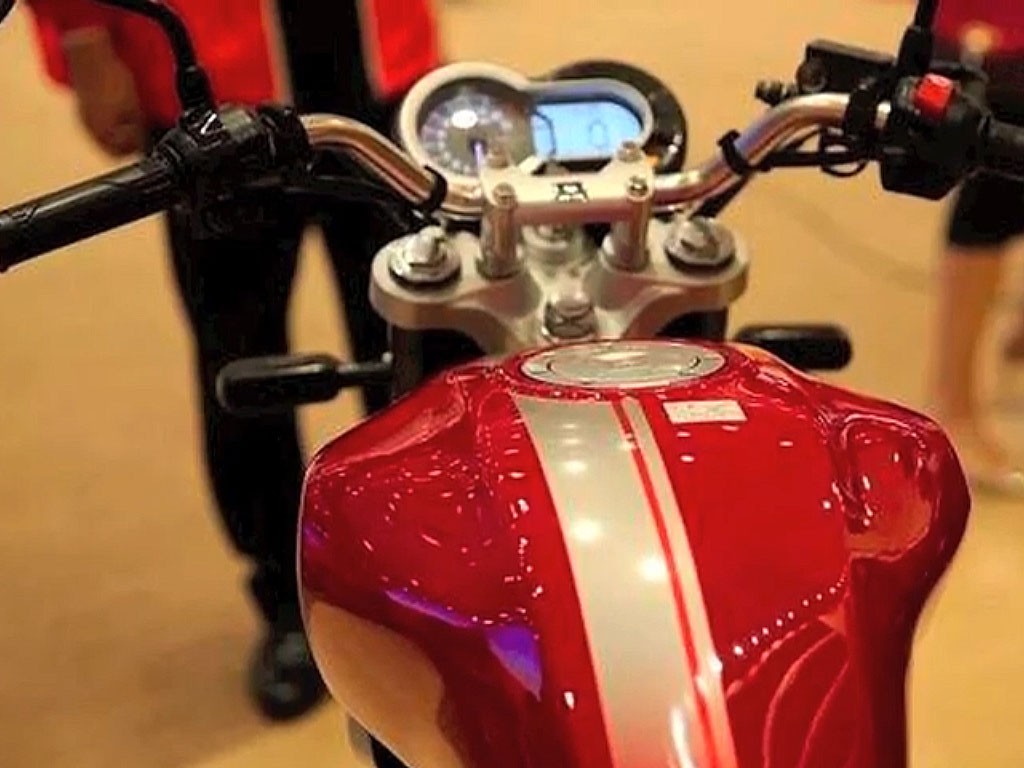 What Makes It Special?

While we are all grooving over the new retro motorcycle, it is important to know what makes it special. But what makes this one special? And why would rider spend money on it if they already have the CB190R in China? Well, these are questions that genuinely need an answer, so here it is. Based on the launch and the images out, we can clearly put out a few assumptions as well as expectations from this naked motorcycle. 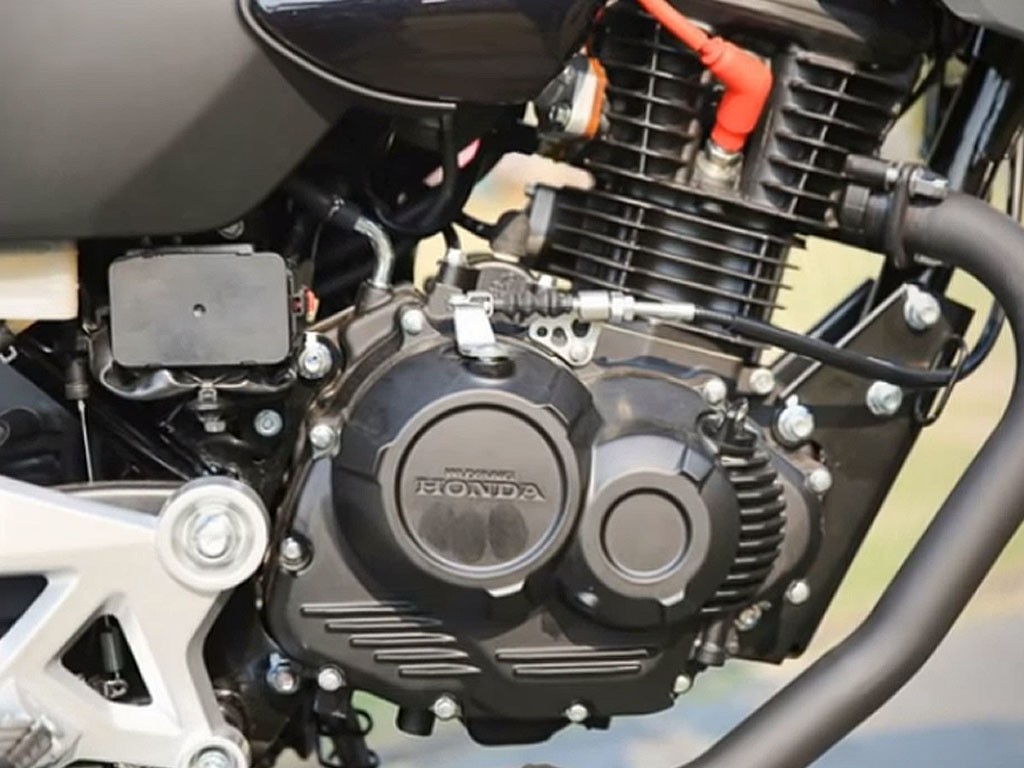 This motorcycle is powered by a 184cc single-cylinder motor that strikes in maximum 16.8PS at 8000rpm of power and 16.3Nm of torque at 7000rpm. The engine probably is mated with a 5-speed transmission. Maybe that is one lose a point in the bike. The engine is probably similar to what we’ve seen in the 190R. If Honda would launch this one in India, it would really make a good proposition value here. 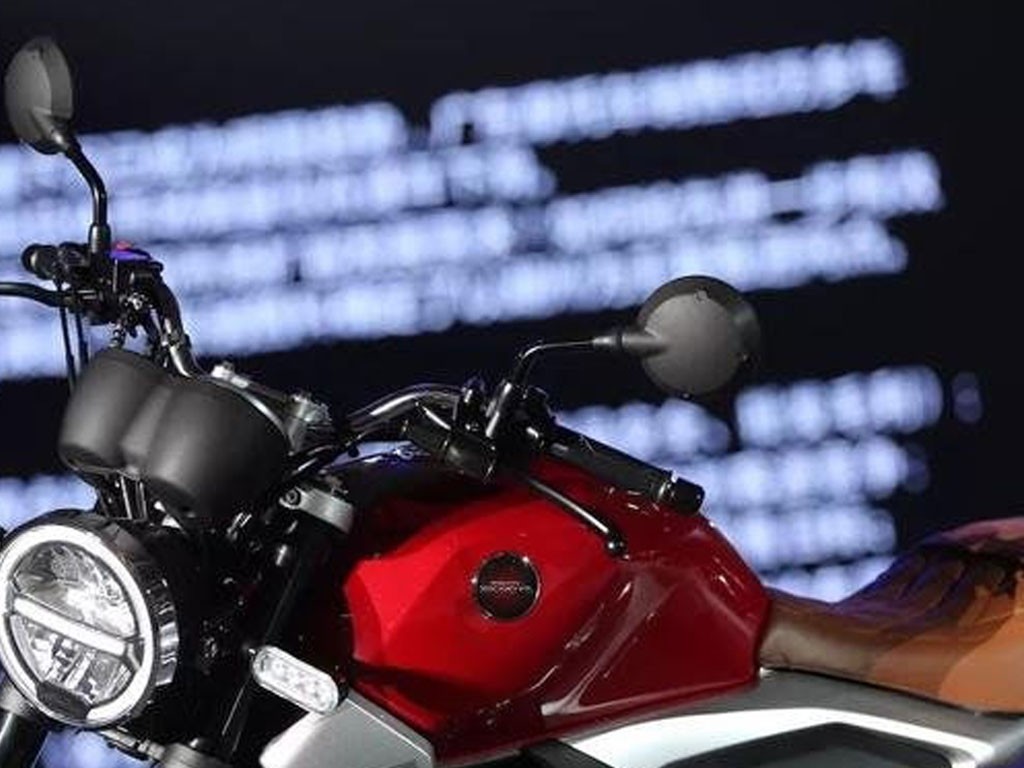 It gets a unique round shaped headlamp that makes it look classy and stylish. With that, you get a twin pod instrumental cluster and a bulky USD fork along with the diamond-stitched premium seat. Overall the style & the performance of this new bike are incredibly superb. The brushed metal finish on the panel makes it look a complete retro motorcycle but of course with a solid touch of modernity. 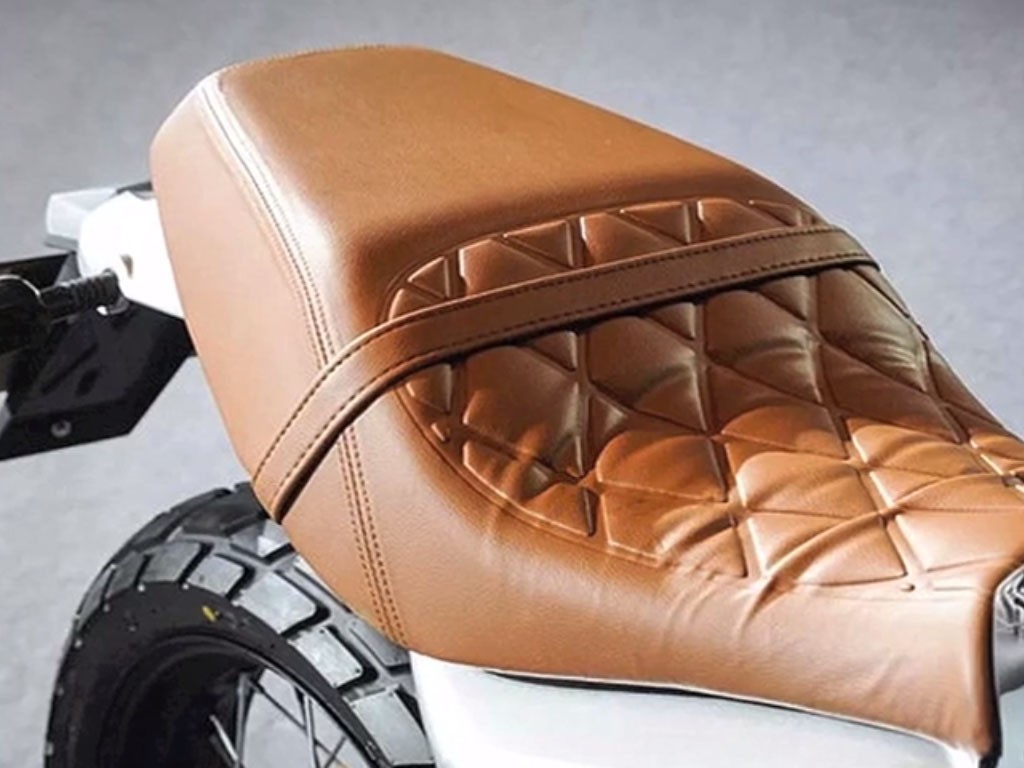 What makes this one look retro is the flat leather seat that you usually don’t see nowadays on bikes. Another thing is the alloys that are replaced with wire spoke rims. These rims come along with a dual purpose tire making it look like an old school model. Considering all the additional features and the touch of tradition, this bike is giving the hint to be the soft road scrambler. 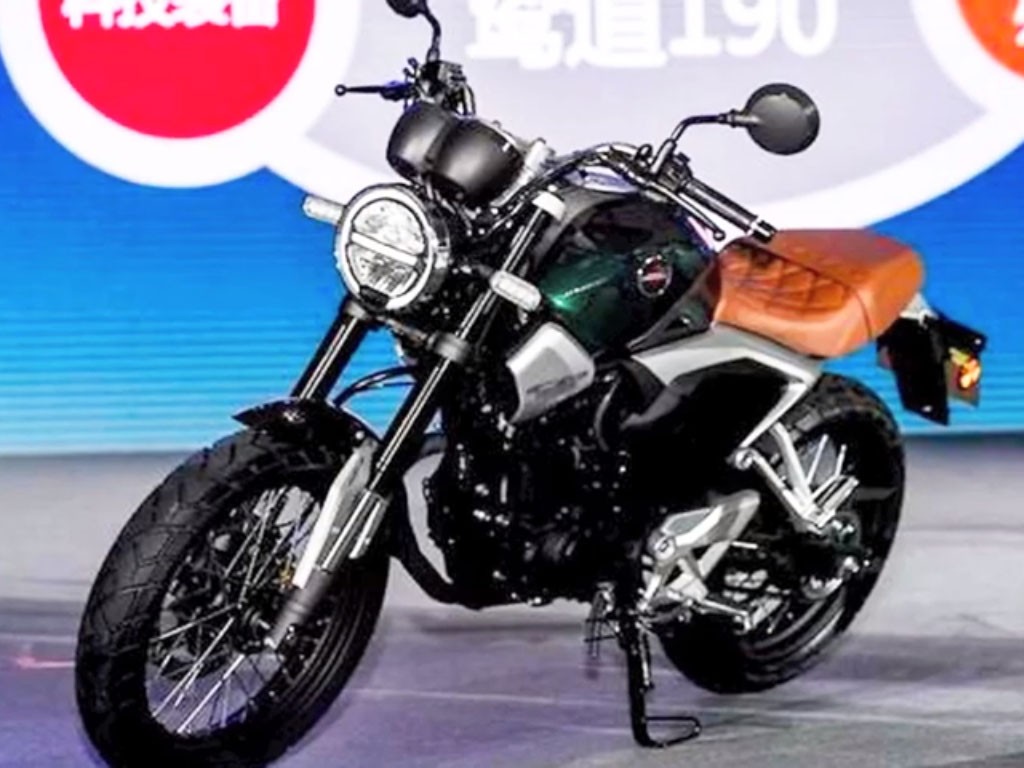 Talking about the discs, it gets a petal disc at both the ends along with that, safety is kept top priority with an ABS, with this, the stopping power is in full control of the rider. With this, one thing is pretty clear; Honda China does want to bring the Neo sports cafe styling into their small segments as well.

Though there is not much demand of the retro-styled motorcycle these days, Honda projecting the retro style in their bikes is sure to make some sort of sense, maybe the trend for retro yet modern styled bikes is on the verge of expanding.

Well talking about the Neo-Retro concept in India, we already have the CB Hornet 160R, and if this one is introduced in India, it wouldn’t be surprising but exciting for sure! One thing that makes it really impressive is it gets a semi-digital instrument console, with an analog tachometer. Apart from that, this bike features the Honda signature programmable which is the PGM-FI.

That is still not the end, there are other additional things as well that you will get to see with this one. It features a digital speedometer, fuel gauge, has LED indicators on the front and on the back, gear position indicator, including the single round headlight unit. For the tires, you will notice a dual purpose tire projected which are running on spoked wheels. Honestly, this does look like giving rooms for customization in the best possible manner. 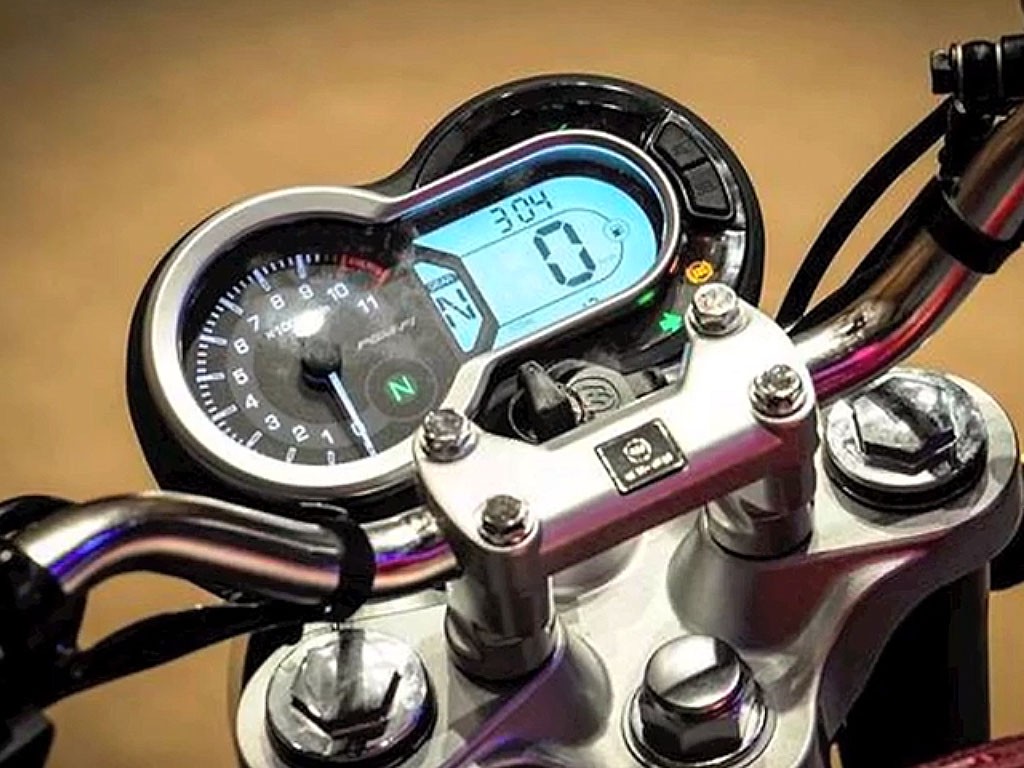 It is highly possible that Honda is planning to bring the retro trend in the two-wheeler market with launching Neo Retro Styled motorcycle. When Honda does something globally, it actually makes sense, even if there’s no such craze for it at the moment. They offer practical value by delivering a quality product to the riders no doubt! We’ll absolutely be astonished if Honda brings the concept in the Indian market any time soon. Well, for now, all we can do is to wait. Only time will tell what Honda really wants us to see. It is expected that the bike CB190SS will compete with the models like Bajaj Pulsar NS 200 and KTM Duke.

With that said, share your experience and reviews on this one in the comment section, and also tell us if you would like to see this model in India anytime soon.