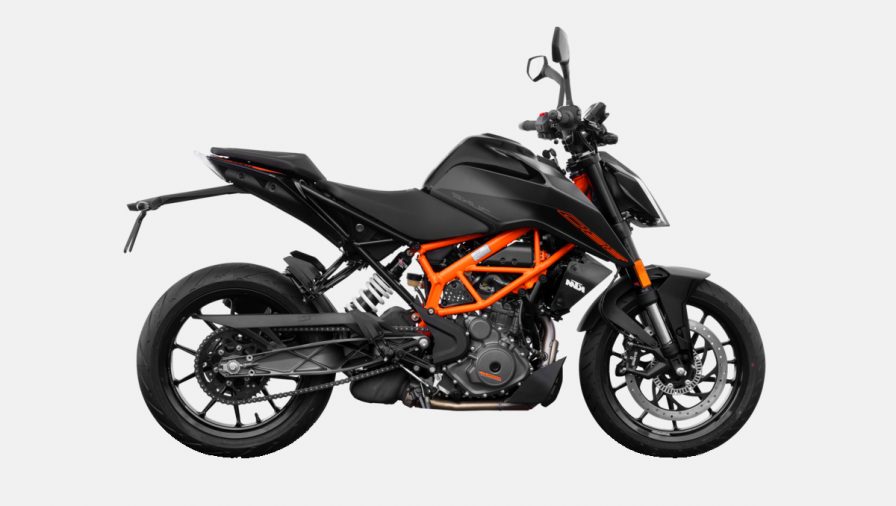 The KTM Duke 390 needs no introduction. It launched a revolution in the Indian motorcycle industry, and the single-cylinder machine is a blast to ride and a steal.

The Duke 390 is quick, light, and well-balanced. You may wonder how you can make it faster on earth, and KTM has the solution. The Duke 390 will be updated shortly – The all-new KTM Duke 390 will launch in 2023.

KTM first introduced the Duke 390 at EICMA 2012, quickly becoming one of the most sought-after motorcycles in the world. KTM updated and redesigned the Duke 390 in 2017, followed by the current generation, which went on sale in 2021.

The updated 390 is slightly larger, heavier, and has more features but produces less power.

The first generation of the KTM Duke 390 had raw power and launched like a rocket, but the current generation (on sale) KTM Duke 390 does not have the raw power as its ancestor but offers classy and stunning looks that make every head turn around on the streets. KTM Duke 390 is not just a treat to the eyes but delivers the right amount of power that a rider wants. 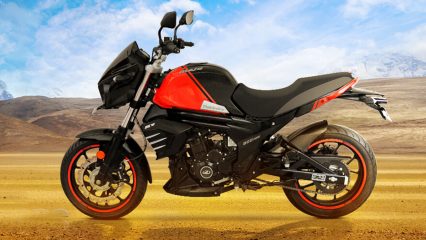 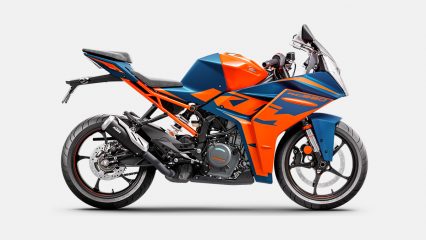 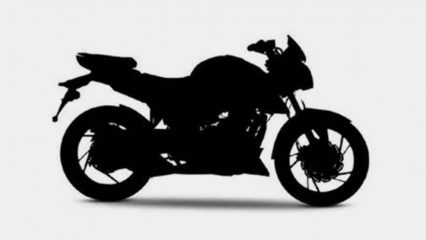 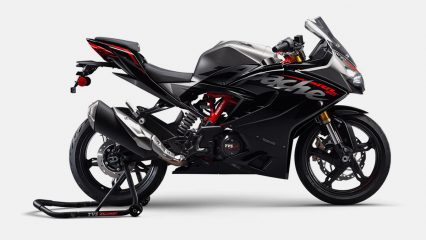 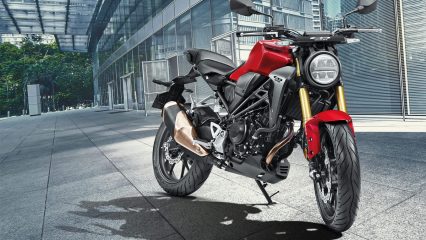 What’s new in the latest model of Duke 390

The KTM 390 Duke is a performance motorcycle. Since it is based on its older brother, the 1290 Super Duke R, the bike has a sharp and aggressive look.

The split LED headlamp on the front of the 390 Duke and the muscular tank accompanied by extending shrouds give it a sporty look.

The exposed split trellis frame shows the raw performance of the motorcycle. The motorcycle also gets a new exhaust canister mounted on the side and looks good with the rest of the bike.

With its new LED tail light, split grab rails, and tail-tidy design, the KTM 390 Duke’s all-new back end looks sharp and edgy. The new decals are well-placed, and the orange on the fuel tank, trellis frame, and alloy wheels make the bike look even better.

Colour and Variant of the KTM Duke 390

With the addition of 2 new colour schemes, the Duke 390 is now available in 4 colour options.

The KTM Duke 390 is available in the Indian market in just one variant:

The slipper clutch not only opens when the engine’s back-torque but also helps when you open the throttle. The first one stops the rear wheel from chattering when you brake hard or slow down, giving the wheel just enough brake for a controlled rear wheel slide.

The second one lets you pull the clutch and control it with just one trigger-happy finger, just like the pros do, and it saves you energy and gives you better control.

It’s more than just the lack of a throttle cable; it guarantees a smooth throttle response. The ride-by-wire system on the KTM 390 DUKE makes sure that the powerful torque is delivered perfectly.

It also electronically translates the rider’s throttle commands into the perfect throttle valve positions for the riding conditions. It makes it the ideal bike for riding on the road and a track.

The high-tech handlebars will give you the balance and confidence to attack the road like never before, whether you’re destroying corners or doing the perfect stoppie. The clutch and brake levers are fully adjustable.

The KTM 390 DUKE has a multicolour TFT display that is a first in its class. It shows you all the information you need to go faster in a clear, uncluttered way. As you rev the engine, the display bars change colour to tell you to keep going or slow down if the engine is still cold. The screen’s colour automatically adjusts based on how much light is around the bike.

The latest model of KTM Duke 390 gets the qucikshifter+ feature. This bike feature allows the rider to change the gears up and down by pulling the clutch, making this an excellent naked sports bike ready to roar on the highways and tracks.

The engine in the KTM 390 DUKE not only has arm-wrenching torque and hair-raising speed, but it also has good manners and gets excellent gas mileage.

Similar to the old models, the latest model of the KTM Duke 390 has a 6-speed transmission mated to the engine. The transmission gets complimented with a Slipper clutch and quickshifter+.

Standard on the KTM 390 DUKE is upside-down P forks that are very light and very good at what they do.

The KTM Duke 390 has disc brakes on both wheels and a Bosch dual-channel ABS.

Aurora Green and Charcoal Black are the only colours available for the 2022 BAJAJ DOMINAR 400.

The aggressive streetfighter look of the bigger 1290 SuperDuke is carried over to the KTM 390 Duke for 2021. The bike gets new graphics and two new colours as part of the update, and the orange wheels and trellis frame come with each colour. Still, the KTM Quickshifter +, which comes as standard equipment, is the most significant improvement. The Quickshifter Plus is a two-way unit that lets you shift up or down without using the clutch.

The 390 Duke gets powered by a 373cc single-cylinder engine that meets BS6 standards.

KTM has kept the power numbers the same, and the Duke still has 42.9bhp and 37Nm. It has a colour TFT screen that can get linked via Bluetooth to the rider’s phone. The 390 Duke’s electronic features also include riding modes and ride-by-wire.

Is KTM Duke 390 suitable for beginners?

Is the KTM Duke 390 suitable for short riders?

Yes, you'll be able to ride the Duke 390 because it's a small bike. The upright position is also great for people who are just starting. It's a great first bike for most people (as long as they aren't too big for it).

The best thing about this bike is its smooth engine. You can easily maintain a speed of 100 on highways, and the bike won’t break a sweat. Duke 390 can be used for both touring and fast riding.

According to people who own one, the actual mileage of a KTM 390 Duke is 26 kmpl. 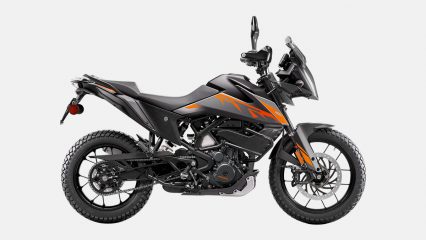 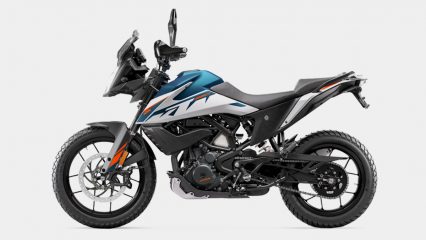 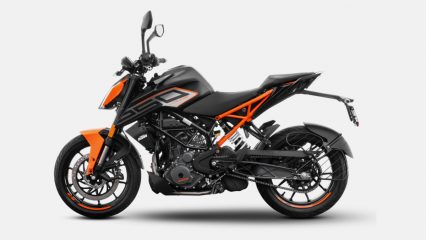 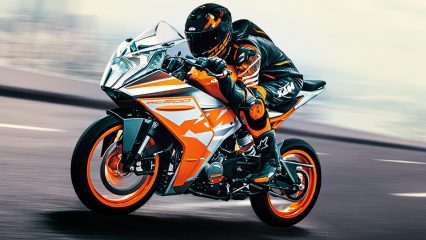 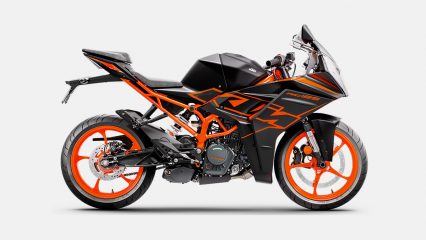 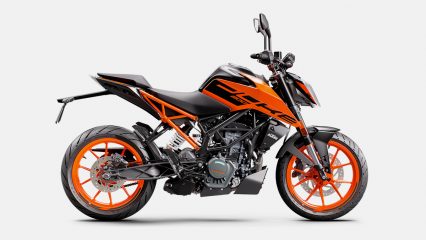