Royal Enfield is planning to launch the 650cc model which is said to be Royal Enfield Himalayan 650. Check out the video below to know in-depth details of the expected bike with its price, specification, features as well as expected launch date.

Royal Enfield has been seen moving into new segments of the motorcycle. Consider Himalayan as a perfect example set for this. This brand has a number of products in the market and the customers are really satisfied with the brand as well as the motorcycle they offer. It is not a secret that Royal Enfield has been working to expand the portfolio, they’re seen usually trying hard to achieve customers interest by launching new motorcycles. Well, if rumors are to be heard, we’re really excited to announce that the brand is planning to launch the Himalayan 650 soon in the Indian market. The Himalayan version is expected to be more powerful as compared to the older ones based on performance as well as features.

Royal Enfield Himalayan isn’t proven to a huge success to the brand, but yes! They are to be one of those motorcycles, leading the brand to expand well and create a good platform for future products.

Talking about the most talked about the newly launched model of Royal Enfield, the launch might happen to be late 2019 or early 2020, however, there’s no clear statement made by the officials yet. The primary reason to postpone this motorcycle launch date is certainly the safety emission norms laid down by the government. RE currently is gearing up to update their existing motorcycle with ABS. Basically, want to focus on equipping its existing one with BS-6 compliant engines.

The initial version of Himalayan with the 411cc engine was highly criticized by the buyers and was said that the bike was not been tested well before making it official which is why there was a number of complications arising. This time the brand has to ensure that they go through all kind of testing before things get official.

This model will be paired with 650cc, parallel-twin cylinder engine, expected to be newly developed. Capable to generate a maximum power of 47 HP at 7250 rpm and 52 Nm of peak torque at 5250 rpm. This probably makes the engine really good. Also, the engine is accompanied by a 6-speed gearbox & slip-assist clutch. While! The on-sale Himalayan comes armed with a 411cc single-cylinder air-cooled engine. Which helps it to produce a maximum power of 24.5 bhp as well as 32 Nm of peak torque? Also, the existing one is mated with a 5-speed gearbox.

While considering the brakes of this one, it is expected to feature a larger disc. It is expected that the brakes seen in the twin 650 will be similar to the new Himalayan. Both the interceptor 650 as well as the continental G5650 comes armed with a dual channel ABS, so there are chances of this one to get a switchable ABS. At least this is what the riders would appreciate if it’s implemented on the bigger Himalayan. This adventurer-tourer suspension is also set to upgrade with a long travel suspension at both the ends.

There is no information based on designing as well as the styling of the bike. It is said that Royal Enfield Himalayan 650 will have to get upgraded with few of the styling changes based on the bigger engine supported by the bike. There will need to be a lot of work done on this one to make sure the bigger engine matches the overall styling of the bike. One of the main updated expected on this motorcycle will be to the chassis; it will be redesigned simply to support the huge engine of this one.

This new & powerful version of the Himalayan is expected to launch this year-end or in early 2020. Also, it will be hosted with too many upgrades and features & with impressive build quality. The class quality is seen in the Interceptor and Continental GT 650 probably makes the riders expect a lot from this bigger Himalayan. Though the existing sale model isn’t really loved by the buyer simply due to the issues it had. But this time the brand won’t let us down and it is clearly seen by the number of upgrades and features to be added according to the needs and demands of the riders. The brand will definitely come up with the expectations of the buyers with the launch of their bigger Himalayan. 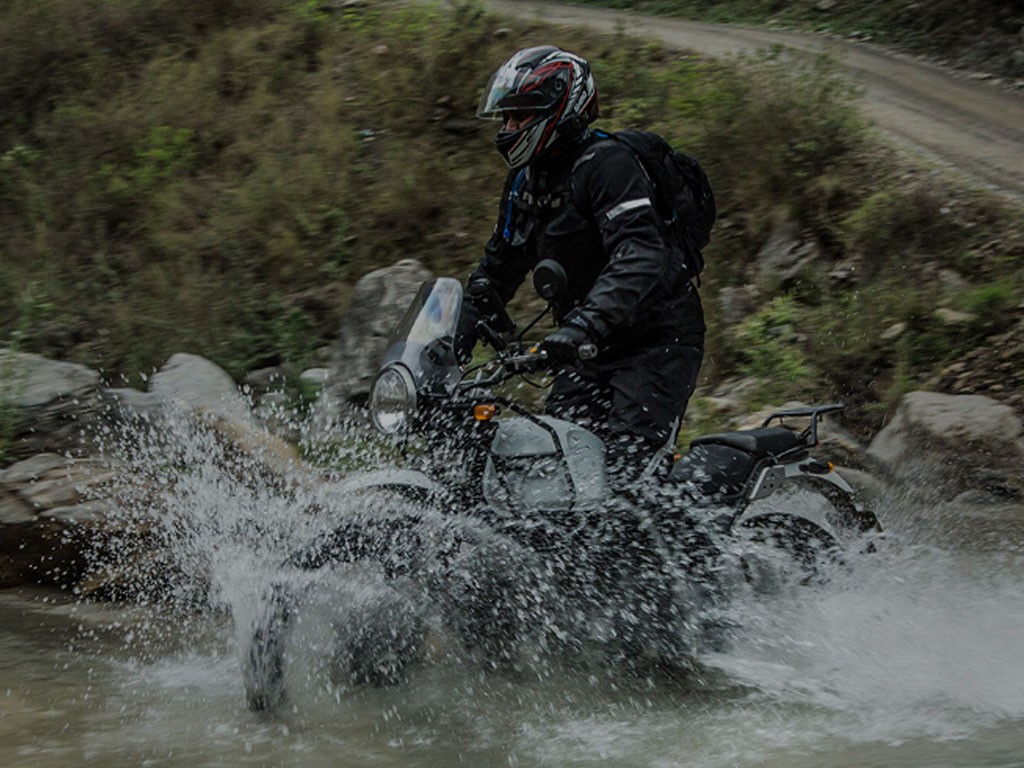 There are many things yet to be revealed about the bike, till now we can only expect a few of the features to existing simply by comparing it with the older existing models. But one this is for sure, this is going to be a bulky looking, sports adventure tourer & feature loaded bike creating a huge demand in the Brand.

No doubt the 650 twins have made a huge remark in the market; these 2 were launched in the market recently & has created hype with receiving good responses from the riders and also winning the Indian Motorcycle of the Year 2018 Award. We’d expect the same thing happening with the Royal Enfield Himalayan 650.

This Chennai based motorcycle brand is expected to work on the bigger and better version of the new motorcycle for quite a while now. However, we are still expecting for the official brand to make an announcement of new Enfield Himalayan 65. As well as, know when it is expected to make a launch in the Indian market. If it gets launched this year, the price of the motorcycle could be around 3-4 Lakhs, based on the price value which is kept for the 650 Twins. And one thing is for sure, it will be considered as the most affordable yet powerful middleweight adventure tourer in India. Overall, based on the engine hike, performance hike, safety as well as other expected features to be seen in the new model, this bike is expected to receive a good amount of responses from the buyers once it is officially launched in the Indian market.

For more updates on the bike, we’ll need to wait a bit for the official to update us about their rumored model. What do you think about this one? Tell us in the comment section. For more updates on bikes, dont forget to follow us on Facebook, Instagram and do subscribe to our YouTube channel.