Are you curious to know more about bike brands in India? You have come to the right place.

India is the largest manufacturer of bikes, and all bike companies in the country have been instrumental in achieving the feat.

Presently, a dozen companies are engaged in manufacturing motorbikes not just for the domestic market but also for the global markets.

We have Hero Moto Corp, which is one of the largest motorcycle manufacturers in the world. And Royal Enfield, one of India’s best bike brands, has a wide range of classic bikes in its portfolio sought after both in the country and different parts of the world.

Indian bikes get appreciated for their reliability, ability to endure tough conditions, fuel efficiency, handling and braking and suspension duties. While some high-end brands such as Royal Enfield are seen in Britain and the US, the more affordable ones from Hero Moto Corp and Bajaj Auto get exported to many African nations.

In this article, we have listed all bike brands in India. Read on to know more about their history, recent developments, and upcoming models. 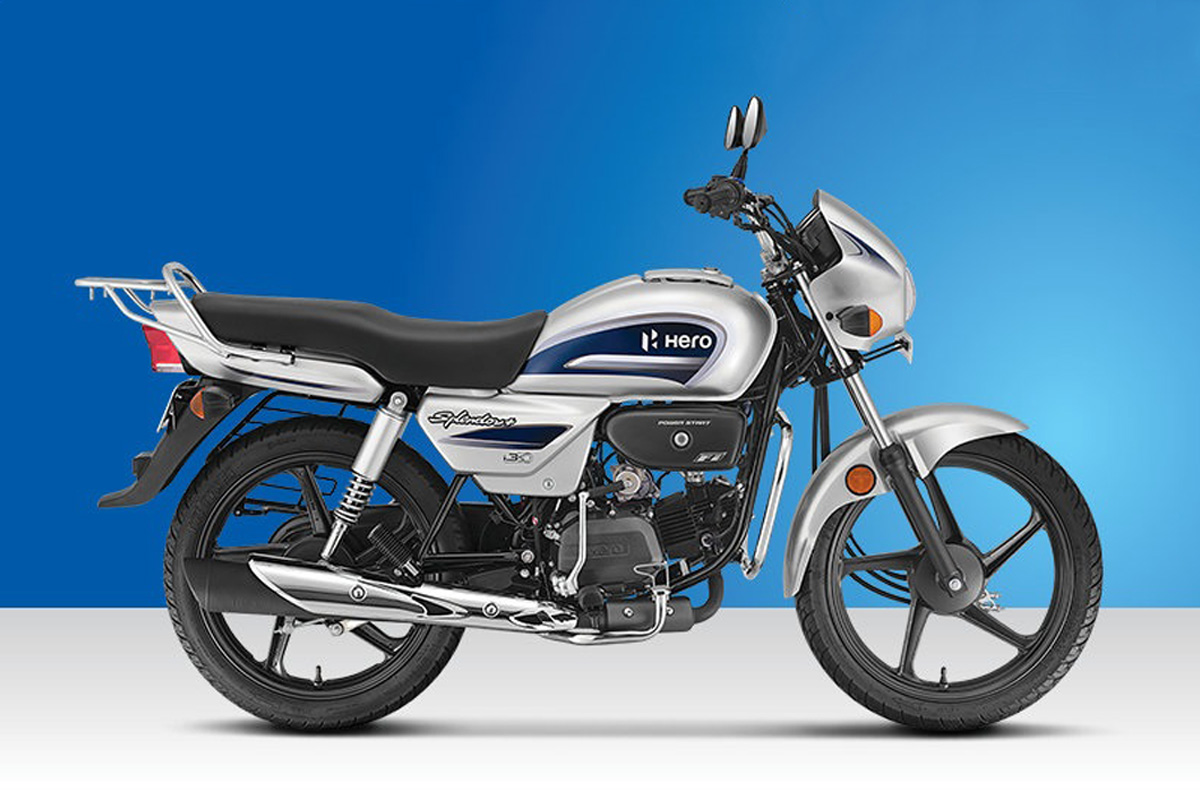 Hero Moto Corp is the largest motorcycle manufacturer in India and has a market share of nearly 37.1% in the two-wheeler industry.

In 1984, Indian cycle primary Hero Cycles formed a joint venture with Japanese automaker Honda Motor Co to manufacture motorcycles for the domestic market. So, it led to the foundation of Hero Honda.

The joint venture manufactured bikes for 26 years, and in 2010 Hero and the board of directors of Honda decided to demerge. In 2011, Hero Honda got rechristened as Hero Motor Corp.

The company now leads in the commuter motorcycle segment with its best-selling products such as Splendor and Passion. It has the largest chain of dealerships and service centres all over the country and wide-reaching bike manufacturer in terms of sales.

Hero also built the most affordable adventure tourer in the country—the Xpulse 200 and Xpulse 200T. However, its attempts to make a mark in the Indian premium bike segment are yet to yield results compared to its competitors like TVS and KTM. The competitors of Hero are going from strength to strength in the segment.

Bajaj Auto is one of the known bike brands in India.

Bajaj Auto is a Pune-based multinational automobile manufacturer that manufactures several types of two-wheeler and three-wheeler vehicles, including scooters, motorcycles and auto rickshaws.

Founded by Jamanlal Bajaj in 1945, Bajaj Auto began its operation in Rajasthan by selling imported two-wheelers in India. It obtained the license from the Indian Government in 1959 to manufacture two-wheelers and three-wheelers and became a public limited company the following year.

After rolling out motorcycles under its brand in 1986, it changed its branding from a scooter maker to a two-wheeler manufacturer.

It has some great motorcycles in its portfolio, including entry-level commuters such as CT100 and Platina, street bikes such as Pulsar range of motorcycles, Avenger cruisers, and high-performance machines like the Dominar line.

The bikemaker has also collaborated with Triumph Motorcycles to manufacture mid-capacity motorbikes for the domestic market.

TVS Motor Company is the third-largest motorcycle maker and the second-largest two-wheeler exporter in India.

The company was founded by automobile magnate Thirukkurungudi Vengaram Sundram Iyengar in 1978.

What started with moped manufacturing in the 1980s gave way to technical collaboration with Suzuki Motor, and in1989, the first bike of the joint venture rolled out. The partnership ended in 2000, but now TVS has a robust line-up of motorcycles in its portfolio.

Presently, the company has collaborated with BMW to build an entry-level premium motorcycle and has developed and rolled out three new performance bikes. At the same time, two BMW G 310GS and G 310R get sold under the BMW logo, the Apache RR310 under the TVS logo. 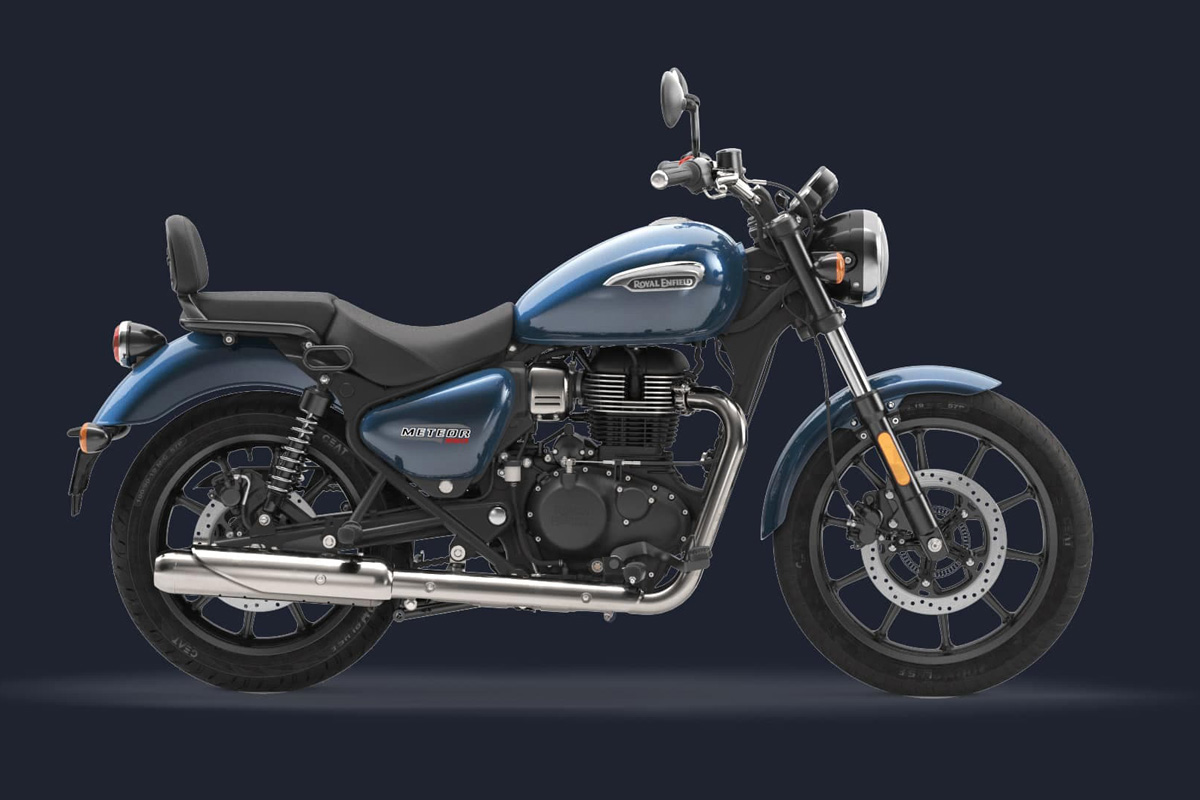 Royal Enfield is a Chennai-based multinational motorbike brand, which claims to be ‘the oldest global motorcycle brand in continuous production.’ Presently, it is now a subsidiary of Indian auto major Eicher Motors Limited.

Bullet 350 has been the longest production bike of all time and one of the brand’s best-selling bikes.

The Classic model is the highlight of the brand, and the Classic 500 is its highest-selling motorbike.

Previously critiqued bike for its old-school technology and the lack of modern features, now introduced contemporary models with new features and powerful engines such as the Continental GT 650 and Interceptor 650. 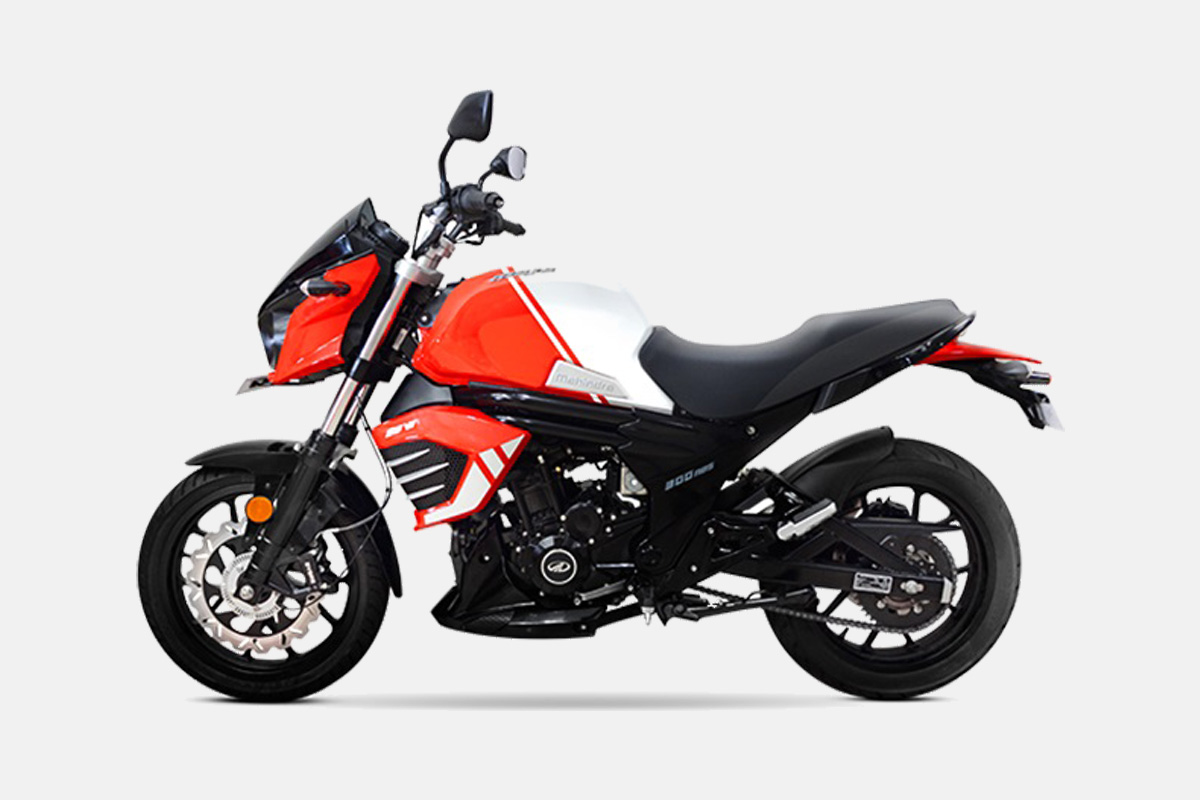 Mahindra Two Wheelers is a scooter and bike manufacturing group venture owned by auto major Mahindra & Mahindra. It was founded in 2008 after M&M acquired the business assets of Kinetic Motor Company.

The company has joined hands with Italy’s Engines Engineering for product design and research and development and Taiwan’s Sanyang Industry Company for technical assistance in developing its scooter portfolio.

Once, it had several bikes in its portfolio, such as Centuro, Rockstar, and Pantero. But they all were discontinued except for one model.

It presently manufactures only one motorcycle named Mojo 300, a street-tourer bike that comes in four variants.

Mahindra Two Wheelers has a production factory at Pithampur in Madhya Pradesh and a Research and Development unit located at Chinchwad, Pune.

OTHER BIKE BRANDS IN INDIA

Here are some bike brands in India that are wholly owned subsidiaries of international brands. We have listed them here.

The company is one of the top five two-wheeler manufacturers in the country.

HMSI is not that successful in the commuter segment, but it is slowly emerging as a dark horse in the 150cc segment owing to its best-selling model Unicorn.

The recent introduction of models such as Xblade and Hornet reinforced its position as a strong player in the segment. The latter is also becoming one of its best in the segment.

Honda also offers many premium bikes in the Indian market, which includes CB200X as well as its elder sibling CB500X. It also has its range of big bikes up for sale in the domestic market, including CB1000R, CBR Fireblade, Gold Wing.

The two-wheeler maker has manufacturing facilities at Vitthalapur in Gujarat, Kolar in Karnataka, Tapukara in Rajasthan and Manesar in Haryana. 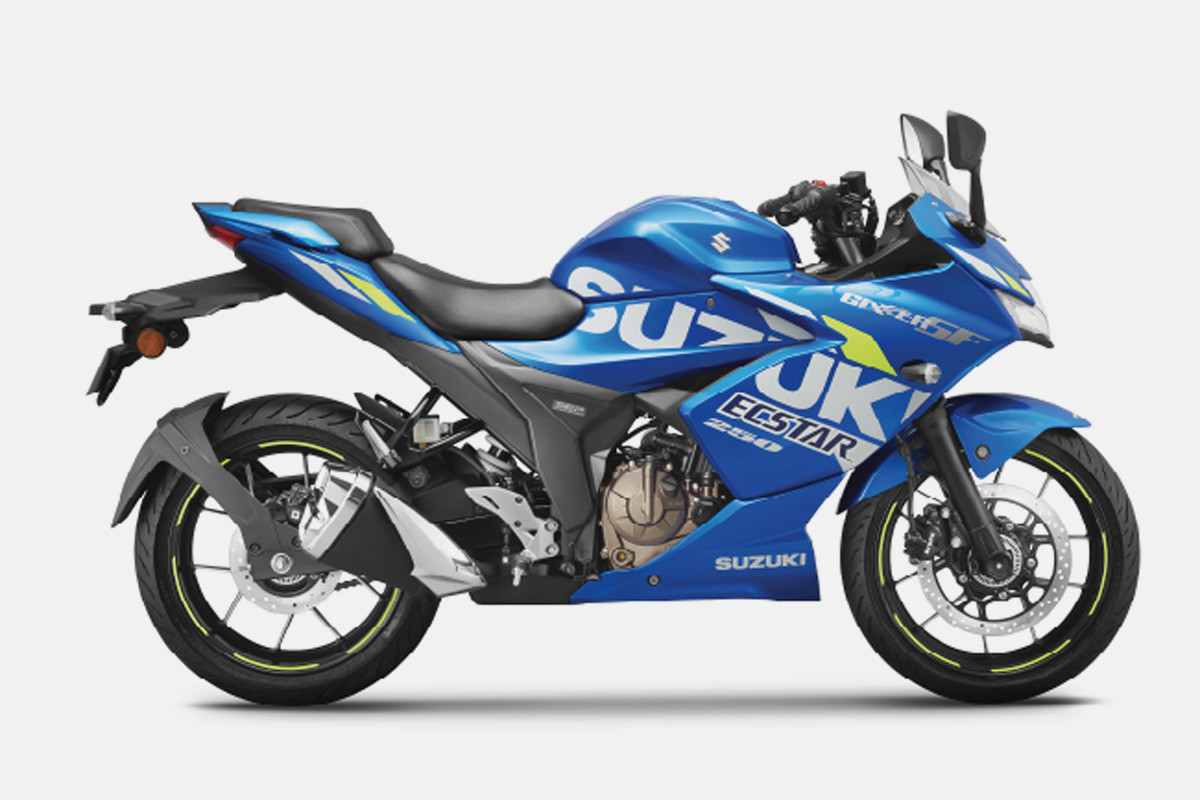 So far, Suzuki Motorcycle India has rolled out about a dozen bikes for the Indian market, five of which are still in production, and the rest got discontinued.

It also has made its sports bikes available in the Indian market, including Hayabusa, the GSX-range and V-Storm.

Presently, the brand has some awesome motorcycles, from the entry-level Gixxer to the high-speed Hayabusa, and it enjoys a decent volume of sales from the former. 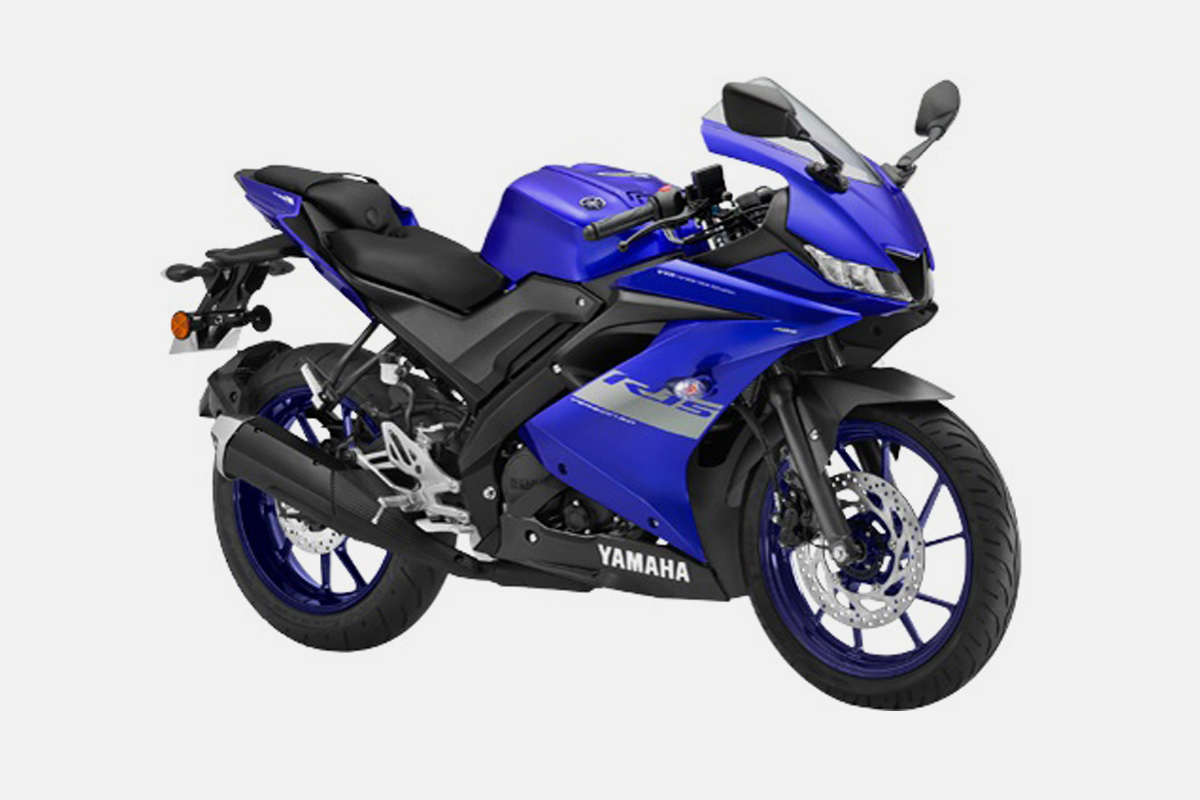 Yamaha Motors India is a wholly-owned Indian subsidiary of Japanese automotive major Yamaha Motor Company, which entered the Indian market in 1985 in a joint venture with Escorts group.

In 2001, the company launched its wholly-owned Indian arm and launched some best-selling bikes, such as RX100 and RX125. The former is one of the most iconic Indian motorcycles of all time.

These are premium bikes that enjoy a cult following among loyal Yamaha fans. 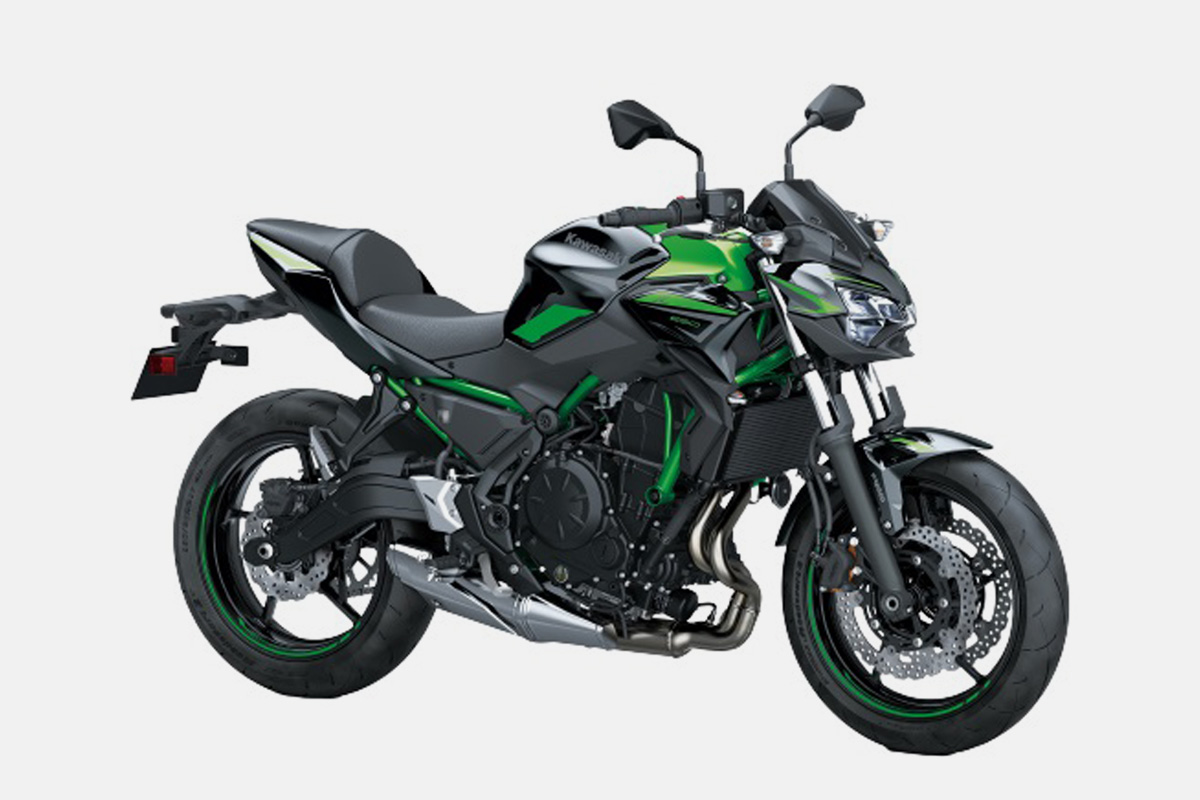 Kawasaki joined hands with Bajaj Auto and entered the Indian market in 2010. In 2016, it decided to part ways and sell its bikes through its networks in India.

The brand has managed to place itself as one of the best sports motorcycle companies in the country. It presently has entry-level Ninja 300 to the speediest bike Ninja H2R in its offerings.

Even though it doesn’t have a robust presence in the domestic market through dealership and service centre networks, it has consistently expanded its presence in major Indian cities. 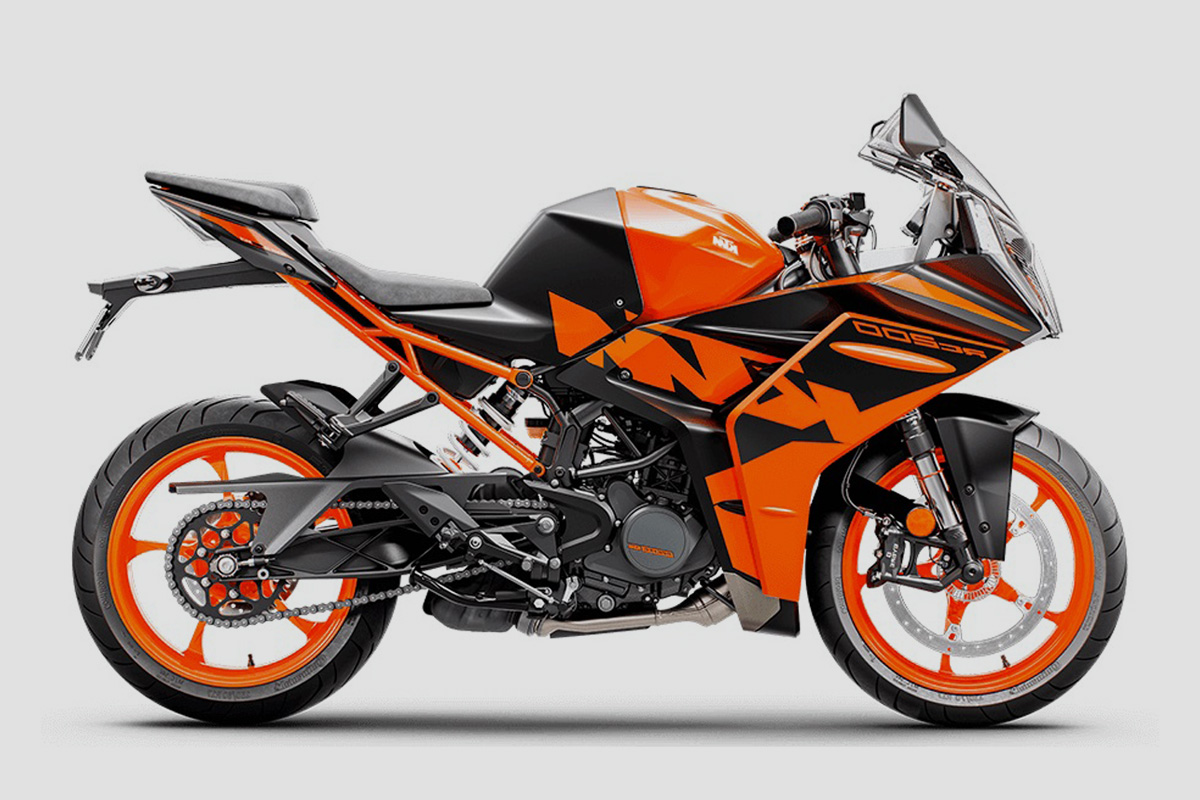 KTM, famous for its off-road bikes, recently begun developing good street-naked motorcycles for the Indian market. The maiden KTM motorbike that got introduced into the domestic market was Duke 200.

Now the company is a significant player in the performance segment. Presently, the Chakan facility memes the bikes from 125cc to 390cc segment. 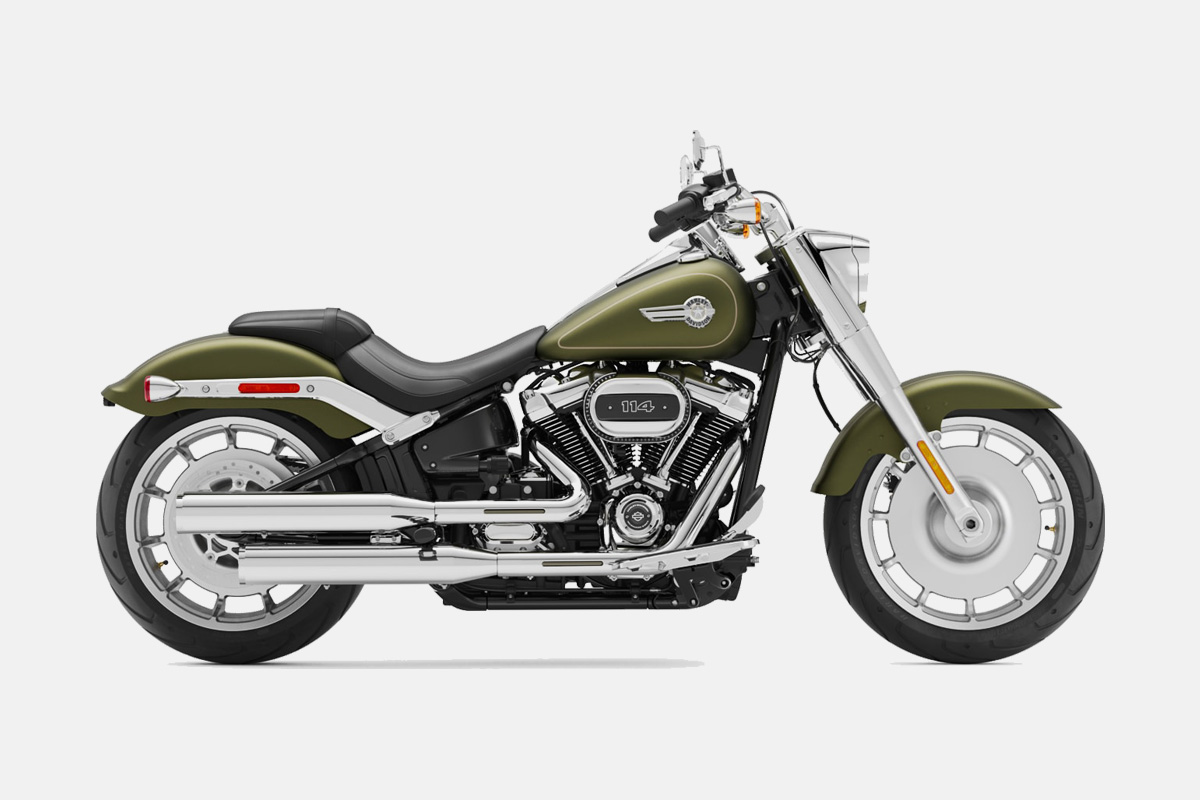 Harley-Davidson India is a wholly-owned branch of American iconic bikemaker Harley-Davidson. The brand started operations in August 2009 and opened its maiden dealership in July 2010.

Harley-Davidson India, based in Gurgaon, entails 11 models on sale in the domestic market. Some of the bikes are Dyna, Softail, Sportster, Street, Touring and V-Rod.

The brand incorporates 29 dealerships all over the country and has more than 11 motorcycles in its Indian lineup. The specs of the bikes made by the company make it among the best bike brands in India. 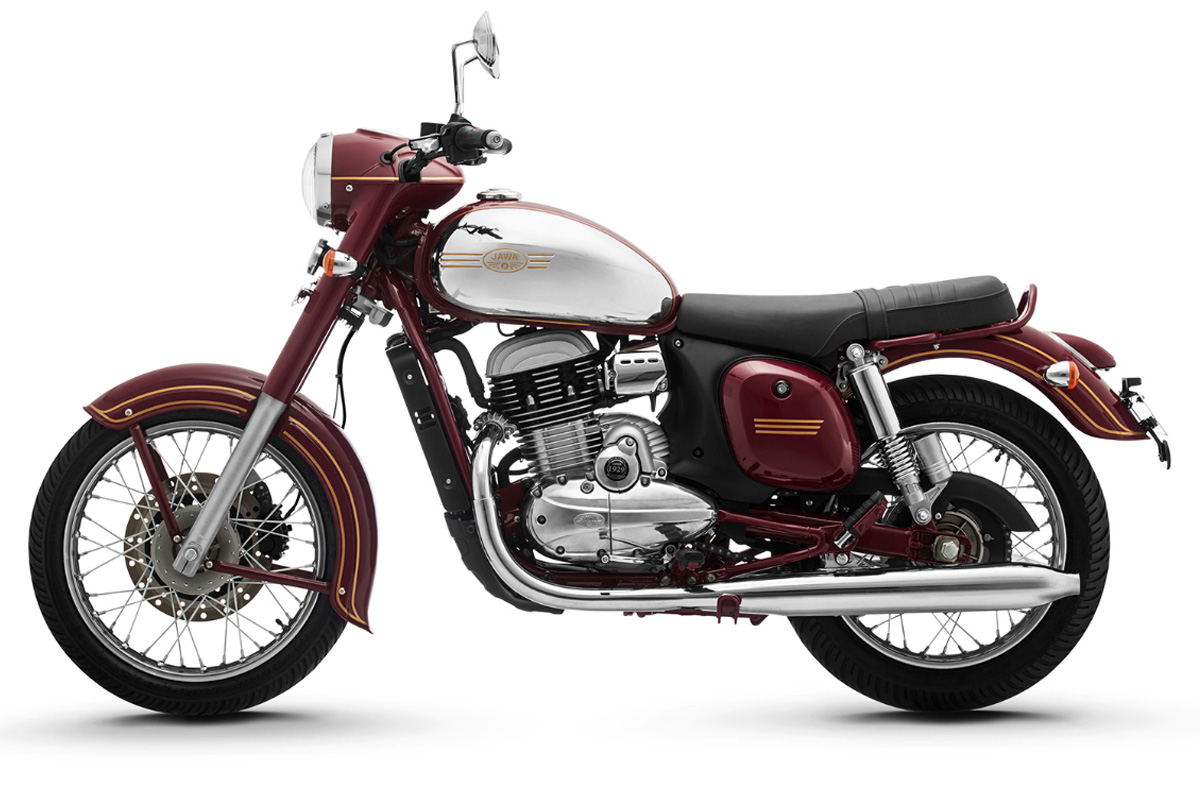 Ideal Jawa India Ltd was a Mysore-based bike maker that manufactured licensed Jawa bikes under the Jawa brand name from 1960 and Yezdi from 1973 till 1996.

In October 2016, Classic Legends Private Limited, the subsidiary of Mahindra & Mahindra, inked a licensing pact to launch motorcycles under the brand in India and other East Asian countries.

In November 2018, the arm rolled out three models: Jawa Forty-Two, Jawa 300, and Jawa Pérák. In 2021, it launched a new BS6-compliant model, Jawa 42. The company makes the bikes in Pithampur.

With this, we have covered the best bike brands in India. All bike companies listed in this article are unique and cater to different market segments. But all of them are in the race to improve their vehicles, their technology and aiming to introduce new models for their target customers.

At the same time, they are also looking to venture into a new segment to expand their product portfolio. Hero Motor Corp’s upcoming Hastur 650 gets expected to pave the way for the brand to venture into the sports segment. At the same time, Harley-Davidson’s 350cc model is likely to compete against Royal Enfield’s bikes in terms of price and functionality.

Which brand has the most affordable bike in the Indian market?

Hero Motor Corp has the most affordable bike, which is the Hero HF Deluxe.

Which bike brand makes the most fuel-efficient bike?

Bajaj Auto makes the most fuel-efficient bikes in the Indian market—CT100 and Platina 100.

Which bike brand gives the highest warranty on its bikes?

TVS Motor Company gives a warranty of five years or 50,000 km (whichever is earlier) on all of its bikes.

Which of the brands makes the fastest bike?

Kawasaki Motor boasts of the fastest bike on the road—Ninja H2.

Which of the brands has the oldest bike in continuous production?

Royal Enfield has the oldest bike in continuous production—Bullet 350, in production since 1955.